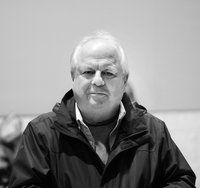 It is with deep sadness that the family of Garth Norman Pickard announce his passing on November 29, 2020 at the age of 72. Garth leaves behind his beloved mother, Mary; his much-loved wife and partner of 48 years, Gloria; and his cherished children – Brandi (Jeff) and Brad (Nadine); granddaughters Bailey, Chelsea, Blair and Marika; and niece Meaghan. He was predeceased by his father, Norman and his brother, Brent. Garth will be greatly missed by many other loving relatives and dear friends.

Garth was born on July 13, 1948 in Edmonton, Alberta. As a child he was actively involved in Boy Scouts and was awarded the rank of Queen’s Scout. He had a passion for music and later went on to become a member of the professional touring folk group, Denim and Lace. Garth obtained a Bachelor and Master’s degree in Education and a Doctor of Philosophy, all from the University of Alberta.

Garth devoted his career to teacher education. He joined the Faculty of Education, University of Regina in July, 1978 following Faculty appointments at Brock University, York University and the University of Alberta.  His love and stewardship for the outdoors was the foundation of his teaching philosophy. During his 33 year tenure in the Faculty, Garth taught undergraduate and graduate courses in Physical Education, Outdoor Education and Educational Leadership.  He also held many administrative positions including Associate Dean of Student Services and Undergraduate Programs and Director of the Centre for International Teacher Education as well as the Director of the Canada, China University Linkage Program.  Following his retirement in December 2011, Garth remained active in his work with UNESCO. Garth served on many boards dealing with the arts and environmental issues.

Garth and his family enjoyed many ski trips to the mountains over the years. He loved to be outdoors and especially looked forward to outdoor trips in northern Saskatchewan. Garth was a proud grandfather who took a special interest in the lives of his granddaughters and always encouraged them to follow their dreams.

Garth’s family wish to extend their gratitude to the staff of the Allan Blair Cancer Centre. He will be remembered privately.  Donations may be made to the Nature Conservancy of Canada in Garth’s memory.