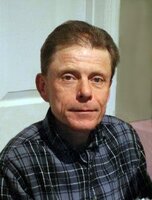 Richard Edward Liske, late of Vibank Saskatchewan, passed away peacefully on January 29, 2022, with his wife, Gwen by his side. He is survived by his wife, Gwenyth Jackson; son, Michael (Kristi); daughter Leslie; grandchildren, Matthew and Evalynn (Michael & Kristi), and Brooklyne (Leslie); sister Darlene Kauk; mother Hanna Liske and sister in Law Marjorie Jackson.

Richard will be missed very dearly by his family and all the animals, especially Rosie, his little dog princess.

In respect of Richard's wishes, there will be no funeral service.