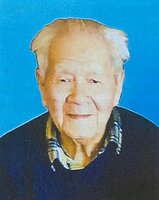 Mr. Tsun Yin Tze was born on October 19, 1931 in Kaiping County in Guangdong, China. A bright and diligent student, he was admitted to the civil engineering faculty of South China University of Technology at the age of sixteen. He and Miss Sau Ngan Chow were married in 1949 and were subsequently blest with a son (Tim) and a daughter (Donna). He took top honor in his graduating class at the age of twenty. His first work assignment was to be the lead engineer of the Department of City Designs of the central government in Beijing. Later due to circumstantial reasons, Sau Ngan with the children moved to Hong Kong while Yin was sent to a teaching post in Hainan Island University.

With further changing circumstances, he went back to Kaiping whereby happenstance he met a man who had come from an illustrious family of practitioners of traditional Chinese medicine. They hit it off right away. Yin came under the experienced practitioner's tutelage in Chinese medicine. He eventually began his own practice and was called upon to go to neighboring areas to treat patients. He was well known for his expertise in diagnosing and treating illnesses of an obscure nature.

In 1973, he was able to go to Hong Kong to be reunited with his wife and daughter. And in 1979, they immigrated to Canada to be with Tim. They settled in Moose Jaw. He then worked in the restaurants there until his retirement in 1994. Once retired, he became a regular attendee at Sunday worship service. By God's grace, he would eventually put his trust in Christ and was baptized. He moved to Regina six years ago and attended Regina Chinese Alliance Church. Since last year, his health had been going downhill. Finally on May 24, he succumbed to his illness. We, his family, are consoled by the realization that his toils and pain are over and that he is now with his Lord.