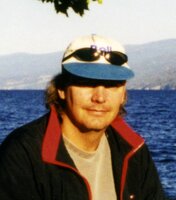 Scott was born on March 14, 1964, in Winnipeg, MB; that same year the family moved to Regina where he attended elementary and high school. In his youth, Scott was an   avid skateboarder and spent hours practicing tricks and boarding with his friends. He was drawn to creative pursuits and enjoyed playing the guitar and writing; often with his beloved budgie Pieces sitting on his shoulder. His interest in acting led to small roles; one of which was the court reporter in the Trial of Louis Riel theatre production that played in Regina in the summer. In high school Scott auditioned for CKCK radio night school, which was the catalyst to his career in radio. In 1985, he moved to Brandon to work at the local radio station and shortly afterwards returned to Regina to work at Q92FM. Scott was also a stand-up comedian and performed at local clubs, making several trips to Saskatoon to perform at Yuk-Yuks. As a young adult, Scott was an avid reader with a particular interest in philosophy. In the mid-1990s he decided on a career change and moved to Kelowna, BC for a new start. It was during this time when Scott began to struggle with mental illness and was diagnosed with bi-polar mood disorder. He eventually moved to Peachland, BC where he worked part time as a landscaper. Scott did his best to carve out a life in Peachland and developed positive relationships in the community, where he was well liked ‘whether on good or bad days’. Over time his mental health declined and with the support of his family moved back to Regina in August 2021. During his short time in Regina Scott put his smooth radio voice and creativity back to work and developed a podcast. Scott passed away unexpectedly at his home in Regina on Monday, July 4, 2022. Scott was kind, intelligent, articulate, creative and had a keen sense of humor; and he loved Kate Bush. He will be deeply missed by his family and friends. A Memorial Tea will be held at St. Paul’s Cathedral, 1861 McIntyre Street, Regina, SK on Saturday, August 6, 2022, from 2:00 p.m. to 4:00 p.m.