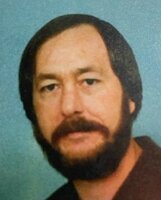 Cam passed away at his Regina home at the age of 67. HE was predeceased by his parents, Jim and Shirley; and his brothers; Rick and Jerry. Cam will be sadly missed by his sister Jacqueline (Jake) of Stoughton; nieces Charlayna and Rayanna of Vancouver; numerous cousins, nephews, and friends. Cam was born, raised, and remained in Regina most of his life, living simply and following in his father’s trade as a residential painter, and later working in building maintenance. With a soft spot for seniors, he worked at Mutchmor Lodge, Pioneer Village, and Salvation Army. As a young man, Cam enjoyed fishing and hunting with his dad and older brothers. His side hustle as an apprentice Illusionist had him travelling the country as a master of slight of hand, and promoter of the trick deck. will be remembered as an avid memorabilia collector, historian, and music trivia enthusiast; well known as a frequent contest winner on the local radio stations. With a heart for critters he always had birds, fish, and cats, and enjoyed a peaceful retirement with his beloved feline companion Bootsy. His long yearning to return to his maker has finally been fulfilled, may he rest in peace.

A memorial gathering will be held with details to be announced.