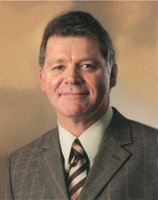 It is with great sadness that we announce the passing of David of Kannata Valley, Saskatchewan at the age of 58 years. He is survived by his mother Donna Reeson of Regina; his children, Marc (Dorian Kristmanson) Reeson of Ottawa, Adam Reeson of Edmonton and Meghan Reeson of Toronto; his brothers and sisters, Rick (Katya) Reeson of Edmonton, Holly Reeson, Peggy (Terry) Linder, and Sarah (Kevin) Bodnar, all of Regina, Jody (Tom) Rice of Climax, SK. and Ken (Paulette) Reeson of Spruce Grove, AB.; his special friend Janice Campbell of Regina and the mother of his children, Lian Schwann of Regina; and many nieces and nephews. He was predeceased by his son Andrew Reeson, his father Kenneth H. Reeson, brother John Reeson and nephew Tyler Smith. David was born on May 31, 1956 in Regina, Saskatchewan. He attended Massey School and Campbell Collegiate. Growing up, David enjoyed many memorable summers with his brothers and sisters at the Reeson family cottage at Regina Beach. He went on to the University of Saskatchewan, graduating with a degree in Commerce. David spent the majority of his career as President of Remco Memorials Ltd. David was proud to be the third generation of his family to run the company and was highly respected by his employees and colleagues alike for his business acumen, integrity and professionalism. Dave was an active member of the Monument Builders of North America (MBNA) and the American Institute of Commemorative Art (AICA) where he shared his vision and ideas with fellow memorialists across North America. David loved his three children. They were the light of his life and he spent many happy moments with them at the lake, in hockey arenas, on basketball courts, tobogganing and skiing. David was a good man with a big heart who will be missed by all who knew him. Service in his memory will be held at Knox Metropolitan United Church, 2340 Victoria Avenue, Regina, SK., on Monday, November 10, 2014 at 2:00 pm. Interment in Riverside Memorial Park. Donations in memory of David may be made to the Canadian Cancer Society, 1910 McIntyre Street, Regina, SK., S4P 2R3.