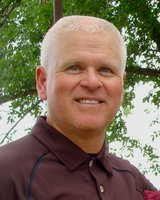 It is with profound sadness that the family of Michael Joseph Kupchanko announce his sudden and unexpected passing on Thursday, August 22, 2019 in Regina, Saskatchewan. Mike was 57 years of age. Mike will be so deeply missed by his wife of 30 years, Deborah Elaine (Strayer); his sons Michael (Megan) Kupchanko of Vernon, BC and Logan (Haley) Kupchanko of Kingston, ON; his loving and steadfast mother Jan Kupchanko; his siblings Tim (Shanna) Kupchanko, Lynn (Dave) Boulding, Leslie Kupchanko, Lori (Todd) McLean, and Rob (Tammy) Kupchanko; and his parents-in-law Daryl and Janet Strayer; sister-in-law Shelly Meghezi; and brother-in-law James (Laura) Strayer. Mike will also be fondly remembered by his aunts and uncles; cousins; and his nieces and nephews – Nikki, Mitch, Adam, Amanda, Abby, Maddi, Miles, Scott, Noa, Jake, Maegan, Rayel, Abi, Colton, and Solomon. Mike’s best friend and side-kick, his chocolate lab Arrow, will be lost without him.

Mike was predeceased by his father Mike Ted Kupchanko; his sister-in-law Diane Kupchanko; and his brother-in-law Rachid Meghezi.

Mike was born on July 28, 1962 in Qu’Appelle, Saskatchewan. He grew up in the valley around Fort Qu’Appelle. Mike’s strong work ethic and personal integrity made him a top notch employee that customers would seek out as he worked for Hanson’s Home Hardware, New Home Marketing Group, and SasKam Sportsman in his early years. Mike married Deb on May 20, 1989 in Fort Qu’Appelle where they had met and fell in love.  In 1992 Mike graduated from Fairview College with a Diploma in Turfgrass Management. He had found his niche, and had a very successful career of building, growing-in, and maintaining a variety of golf courses across BC, Alberta and Saskatchewan. Mike was a humble team leader and his favourite part of work was always the crew. He retired from Superintendent of the Wascana Country Club at the end of 2014. He has enjoyed the pace and friendly atmosphere of Green Acres Golf Course ever since.

Mike had the ability to express his love through creativity, unrelenting kindness and his amazing ability to mentor his sons and many others. Archery was his passion. He strived for excellence, as a shooter, hunter and coach. Mike’s gentle nature, patience and his subtle yet keen sense of humour fostered many meaningful relationships as a friend and as a teacher. He touched many many lives in a caring and selfless way.

Mike had a deep respect for and connection to nature. His spirit was fueled by the beauty of the earth; the sky, the land, the water and all God’s creatures. Mike truly appreciated the everyday miracles, often stopping to enjoy and share with those he loved.

I can feel the beat of your heart. I can hear your whisper.  This place will not be the same without you. Breathe.

Family, friends, and all whose lives have been touched by Mike are invited to join:

Those who so desire may make donations in memory of Mike to establish an annual Mike Kupchanko Memorial Frontier Bowmen Youth Award; please eTransfer to: Frontiertreasurer@gmail.com  Or contribute to a charity of your choice.