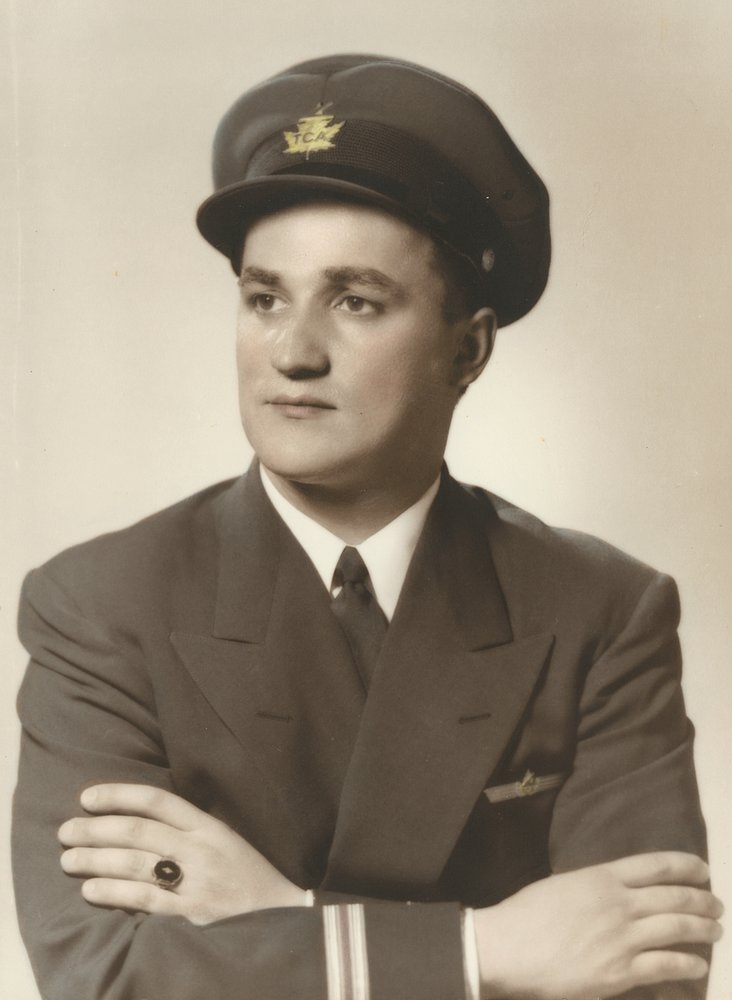 Eugene passed away peacefully in the Palliative Care Unit at the Pasqua Hospital in Regina, Saskatchewan on September 12, 2020 at the age of 94 years. Eugene was born in Lac du Bonnet, Manitoba on June 4, 1926, as the second youngest of twelve children. He married Joyce McLean on August 8, 1950 and they had six children: Robert, Linda, Sharon, Richard, Marina, and Raymond. They raised their children on Wascana Street in the south end of Regina. Eugene was an avid cyclist who loved riding his bike, exercising on his rowing machine, ice skating, traveling, listening to music, visiting his home town in Manitoba, and going to polka nights. Eugene worked for Air Canada for 42 years as a mechanical engineer. He was a proud founding member of the International Association of Machinists and Aerospace Workers (IAMAW) at Lodge 751 in Montreal. He was predeceased by his wife, Joyce Fournier (1991), his daughter, Sharon McDonald (1986), and his parents, Arthur Fournier and Alexandrine (nee: Marin). He is survived by his children Robert (Meg), Linda (Dave), Richard (Yasemin), Marina (Greg), Raymond (Lori); his grandchildren Sondra, Ashley, Lauren, Sara, Jenna, Alexa and Riley; his great-grandchildren Deacon, Nora and Jax; and his special friend, Marcella, and her sister, Theresa. The family would like to thank the doctors and nurses on Ward 3D and in the Palliative Care Unit (3A) at the Pasqua Hospital. The family will be gathering for a Private Graveside Service on Friday, September 18, 2020 at 2:00 p.m. To view the livestream of the service please click on the link above.  In lieu of cards and flowers, donations may be sent to St. Basils Ukrainian Catholic Church, 1747 Toronto Street, Regina, Saskatchewan, S4P 1M5.

Share Your Memory of
Eugene
Upload Your Memory View All Memories
Be the first to upload a memory!
Share A Memory
Send Flowers