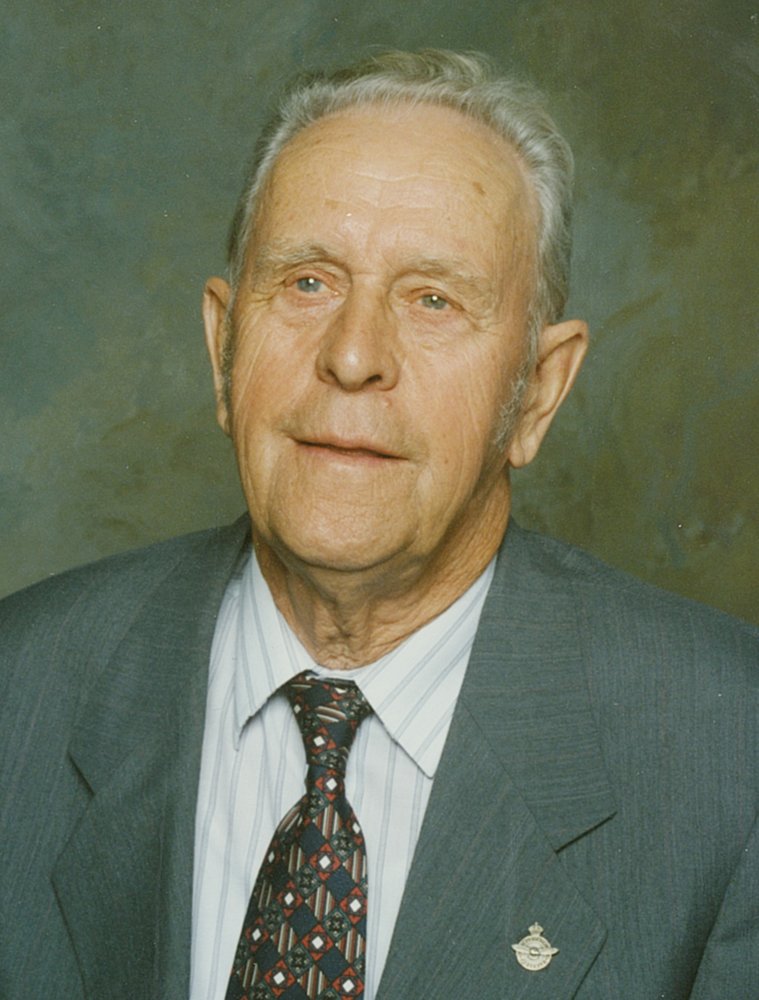 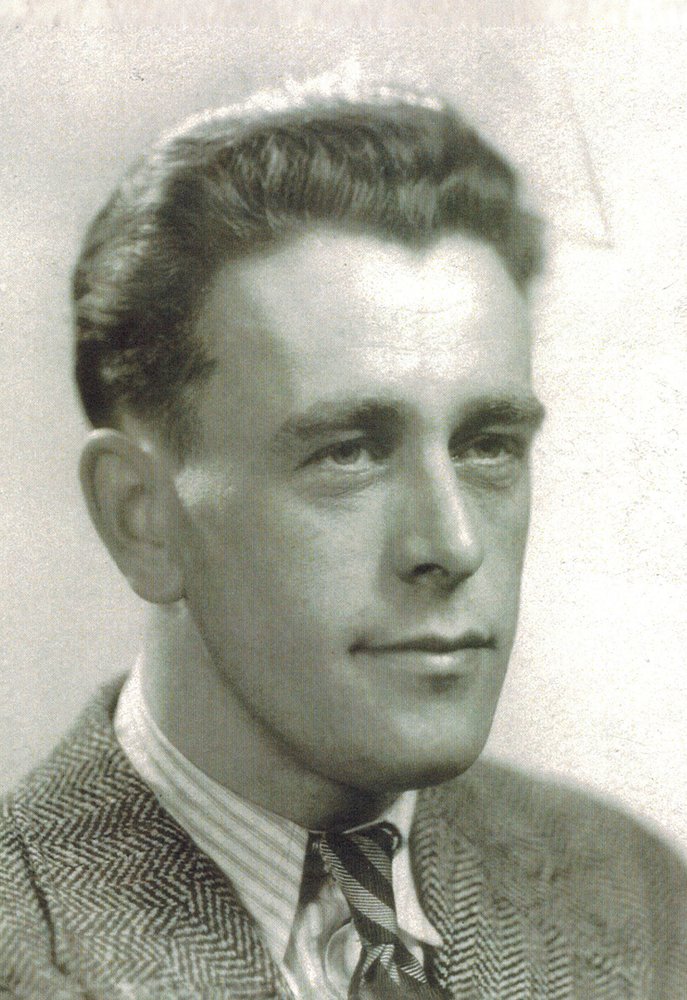 Gordon was born north of Earl Grey in the Crofts’ farmhouse on NW-09-24 -20 W2M to Alexander Bruce Crofts and Beatrice (nee Fuller).  Third born of four children, Roy, Doris & Don.  He passed peacefully at Wascana Rehabilitation Centre, on October 13, 2020, at the age of 99 years. Gordon will be lovingly remembered and missed by his four sons and 13 grandchildren: Brian (Wanda): Kevin (Nancy), Trevor.  Doug (Sandy): Dan. Bob (Jim): LeeAnn (Chris), Marissa (Dan), Allison (Eric), Jennifer (Shawn). Steve (Lynda): Scott, Rhett, Dane, Jacy (Tim), Ashley (Chris), Michael.  Gordon will also be fondly remembered by his 9 great grandchildren: Thomas, Madeleine, Gabrielle, Gavin, Nate, Bennett, Summer Gladys, Patricia, Evelyn.  Gordon was predeceased by wife Gladys (nee Mansfield), son Michael, siblings Roy, Doris Hall, Don and granddaughter Michelle Shepherd (nee Crofts). Gordon was born and grew up on the family farm with his parents and 3 siblings. Due to his father’s sickness, Gordon left school after Grade 8 to help with the farm. He left the farm to work at OK Delivery Service in Regina and then World War II started.  Gordon wanted to help support and defend his country and in May 1941 was accepted into the Royal Canadian Air Force. He served overseas in 408 Bomber Squadron and was discharged in October 1945 at the end of the war.  Following the war, he was able to purchase the adjacent half Section to his home farm. In 1945 he met and began courting Gladys Maibree Mansfield and were engaged in 1946.  They needed more money to contribute to starting the farm, so off to Ontario he went and into the bush to become a logger. He drove a team of horses to pull logs out of the bush.  Gladys, after 6 weeks of Normal School, started teaching. That winter they exchanged letters daily to design their farm. When he had earned enough money, he returned to Saskatchewan and married Gladys on October 30th, 1947. The two of them designed and built their house, and their aluminum roofed and handmade cindercrete block barn. They farmed 5 Quarters and in 1961, to expand their future, they became co-owners of a farm equipment dealership in Strasbourg. In the summer of 1962, they made the decision to physically move the house from the farm into a lot in Strasbourg. The family continued to farm by commuting from Strasbourg to the farm daily, with Gordon working at the dealership machine shop and farm. Gordon and Gladys were often driving in different directions with the boys to sports, band, and other events to cheer them on. This life continued until 1969 when he completed his real estate exam and became a Realtor, at this time they moved to Lumsden, Saskatchewan. He worked in real estate until he retired at the age of 65. After retiring, they drove with an RV trailer around the perimeter of North America. This is how they found Brownsville, Texas which they made their winter home for 14 years.  A few years, later Gordon and Gladys moved to Regina Beach and really started enjoying retired life where he enjoyed golf and a walking group. Eventually they moved to Regina’s Wintergreene Retirement Home. Gordon and Gladys spent 70 years together until Gladys passed away in 2015.  After that, Gordon continued making new friends at Wintergreene and going on outings with his sons to the farm. He was at the family’s 35th fishing trip in August this year. He always enjoyed a nice glass of scotch, good conversation and time with friends and family. Community Service: President of Strasbourg Maroons Senior Hockey Club, member of the Strasbourg Legion, President of the Lumsden Legion, President of the Lumsden Monarchs Senior Hockey Club (won league and province twice), member of Regina Flying Club and Recipient of the Saskatchewan Centennial Medal for outstanding contribution to society. Significant Accomplishments (from Gordon’s own hand): Serving in Royal Canadian Air Force, graduating with my pilot’s license in 1961, purchasing machine dealership, Realtor/Broker for 25 yrs. and building snow plane with brother Don. Fondest Memories (from Gordon’s own hand):  Riding Indian Motorcycle, flying our plane, Air Force friends and reunions, trips to England, wintering in Texas and family fishing trips. Gordon and the whole family are very grateful for the care and empathy given him by the Wascana Veteran’s Ward staff and Dr. Bailey. Due to Covid-19 we are having a private family funeral service Saturday October 17th at 1:30PM. Interment will follow at the Strasbourg Cemetery. Relatives and friends are invited to view the livestream of the service by clicking on the link to Speers TV at the top of Gordon’s Tribute Page. The family would request that any memorial donations be made to the Cancer Foundation of Saskatchewan at 200, 4545 Parliament Ave Regina SK S4W 0G3.