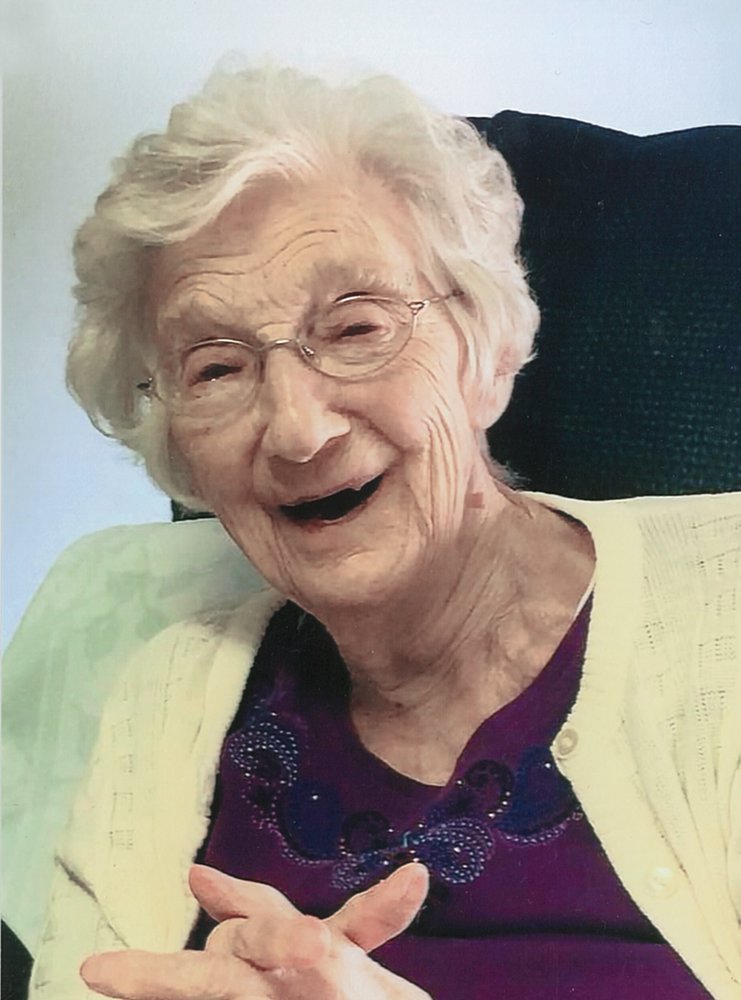 Mom passed away on January 10, 2021, at the age of 101 years. The second oldest of five, she was born to Alfred and Katie Goodman in Estlin, SK on December 16, 1919. She married our dad, Army, in October 1936, and shortly after moved to the family farm in Milestone. There she raised eight children, and became a great home maker, serving up large meals usually with her delicious home-made buns. Mom loved her flowers and had many flower beds along with a huge vegetable garden, both on the farm and later when mom and dad moved into Milestone in 1979. She was a deeply religious woman attending church daily for as long as she could. Mom was a life time member of both the CWL and Legion Auxiliary. She was predeceased by her parents; her husband Armand; her sisters, Eleanor Mitchell and Gwen Beckstead; brother Alfred; son-in-law Ed Bohn; and grandson Steven Bohn. Mom is survived by her children, Martin (Marlene), Pat Bohn, Janet (Dale Kenyon), Margaret (Gordon Lee), Michael, Ken (Doreen), Joan (Jim Moorhead) and Sheri (Peter Daratha); twenty two grandchildren; thirty two great-grandchildren; seventeen great-great-grandchildren; sister Edna Sherman; sister-in-law Irene Pedersen; as well as numerous nieces and nephews. The family would like to extend our sincere appreciation to the staff at Coteau Manor in Avonlea for the excellent care, mom received over the last seven years. A private family service will be held. In lieu of flowers, friends so wishing, may make donations in memoriam to Coteau Range Manor, Box 60, Avonlea, SK, S0H 0C0.