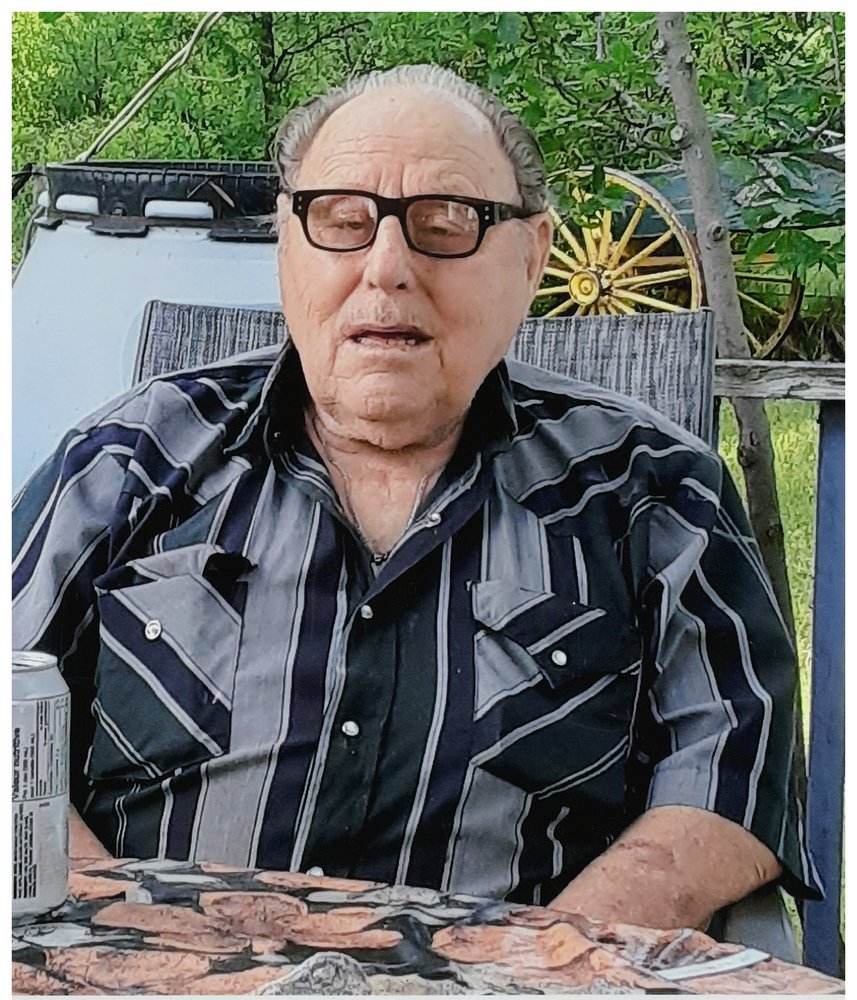 Due to a network connection, the livestream is incomplete.

Richard, late of Regina, slipped into the arms of God on Sunday, January 10, 2021 with his daughter Rosemarie by his side. Richard and his twin Bert were born on a farm close to Vantage SK. He had two older brothers and one younger. Richard and Bert farmed the land they were born on. In 1955 he married the love of his life Martha (nee Radfelder). They became parents to Judie Joan whom passed in infancy. They moved into the hills at Galilee to farm and raise three children, Rosemarie, Rick and Marylee. He loved farming and ranching. He suffered a broken heart when due to health issues he moved to Regina. He worked at Sears in security for a number of years. Martha and Richard did a fair bit of travelling to Germany and other European destinations. They also toured locations in the U.S. and Mexico. After Martha passed Richard also took trips to Cuba, Hawaii. and Alaska. He spent a lot of time restoring old cars. Richard was a serious jokester and loved to dress in costume for any occasion. He was actively involved with the Northgate walkers and aqua size at the Northwest Leisure centre, where he enjoyed the company of both. Richard is survived by his children, Rosemarie (Earl) Wagner, Richard A. Kolish and Marylee (Tim) Rein; his grandchildren, Christina, Richard, Katie (Dave), Gage (Chelsey), Christina and Madeleine; and three great-grandchildren, Brooke, Colton and Ellie. He also leaves behind sister-in-law Hilda (Dave) Spicer; brother-in-law Leon (Marie) Radfelder; nieces, nephews and many, many friends. He was predeceased by his wife Martha and their daughter Judy; his four brothers, Ernie, Bob, Bert, Ed and their spouses; and sister-in-law and brother-in-law Erika and Brian Brattan. At the age of 92 Dad had a rich and fulfilling life. Go be with Mom and be free.

A Private Celebration of life will be held on Saturday January 16, 2021 at 3:30 p.m. Richard’s family invites you to join them virtually via livestream. To view the service please click on the link above.

Share Your Memory of
Richard
Upload Your Memory View All Memories
Be the first to upload a memory!