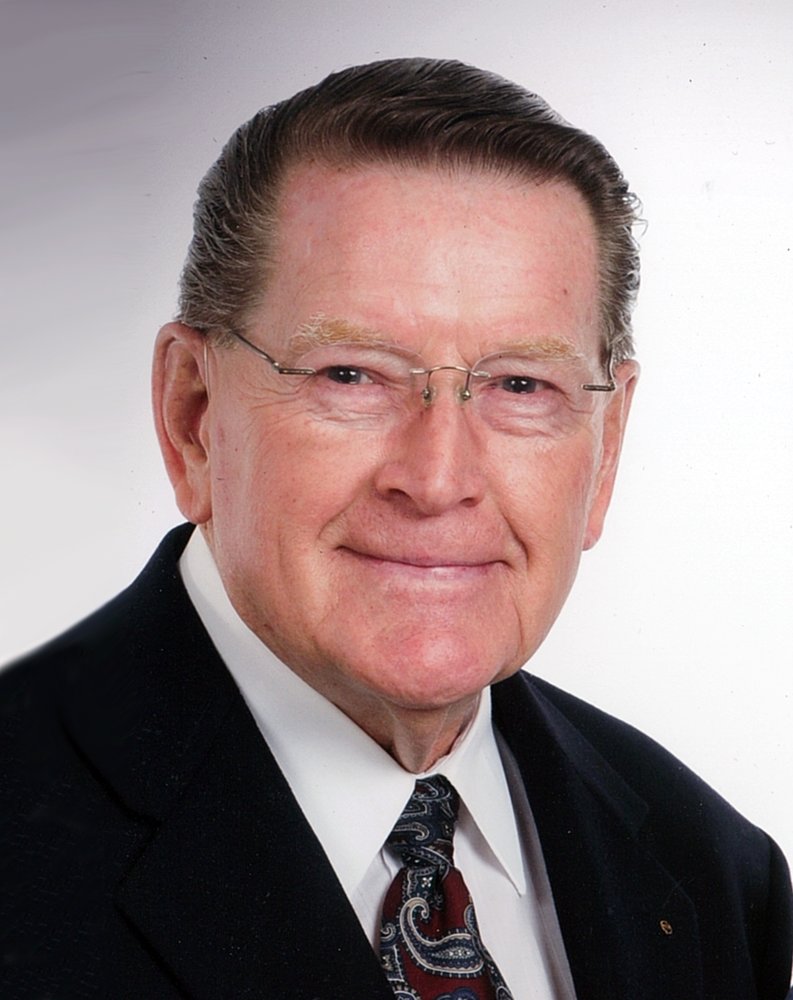 Wes was predeceased by his daughter Carla Cullen; sisters Uldene and Catherine; and brother Warner.

Wes was born in Regina on March 30, 1931 to Mamie and Guy Cudmore, their 4th child. He attended Strathcona School, Central Collegiate and Balfour Tech. He loved school and playing hockey so much that he repeated Grades 11 & 12! During high school he was the goalie for the hockey team.

Even though both Wes and Ida went to Balfour Tech they didn’t know each other through school. When buying butter for his dad’s popcorn stand and cashing out through Ida’s till at Safeway, plus causal meetings, their romance began. They married in June, 1953. They built their home on Grey St. with help from Ida’s dad.

He started working for Federated Co-Op in June, 1951, then moved to the Refinery in 1954 where he welded until an explosion caused knee and back injuries which ended that career. Soon after he received an offer to teach welding at Rosetown High School. They rented out their Regina house and moved with their two small children for the ’61/‘62 school year. Returning to Regina he taught welding at Balfour Tech before Miller Comprehensive High School enticed him away in ‘66 with the ability to plan the welding shop for the brand new school. He taught until 1976 when he went full time into the apartment business. He and a fellow teacher, Al Muxlow, bought their first apartment building in 1967. They eventually owned 6 buildings between the 2 families. The afternoon he died was spent working on apartment business.

Wes LOVED hockey but had to end his career in 1979 following a second knee operation. Over the years he played for 17 different teams and sometimes 2 teams in the same season while also subbing for any team needing a goalie at short notice. Saturday nights were spent watching Hockey Night In Canada, which tied up our only t.v., so it was watch with Dad or play somewhere else. He was inducted into the Saskatchewan Rural Sports Hall of Fame & Museum in Indian Head on May 30, 1997 for the Sioux Indians team.

Wes loved to travel and meet new people. Travel started early with trips as a child to Prince Edward Island to see family there. After marriage tenting was the way to go until Wes built a “Wes-craft” tent trailer, a knockoff of Starcraft. Eventually a motorhome was purchased and glamping became the way to holiday. In 1977 a condo was purchased on Oahu, Hawai’i where they spent 12 winters and welcomed visitors. Following the sale of the condo they purchased a mobile home in a park in Weslaco, Texas. Hmmm, Weslaco! Did the name make the decision easier? They spent 23 winters there where Wes enjoyed playing shuffle, pool, singing in the choir, playing cards, ballroom and square dancing. Cruises were also enjoyed during these years plus touring in southeast Asia, China, Australia, New Zealand and Europe. Wes was the man who helped all the “older folks” on and off the bus.

He LOVED ice cream and was happy to drive miles out of his way to treat himself and anyone who was tagging along. Popcorn was in his blood and became a weekly treat that only he could make.

Wes always had his trusty screw driver in his breast pocket and was ready to help fix anything. His sister-in-law Carole was always happy to see him when Wes and Ida would stop in to visit on their way home from Texas. Many Neighbours at Marian Gardens received a warm smile and help from Wes and his trusty screw driver. Once while waiting at the airport to pick up Mom and Dad, everyone had disembarked except for the flight crew and our parents. He just had to fix something before he could get off the plane!

Playing pool was another passion of his. He played 5 days a week between the common room of their building at Marion Gardens and the Senior Citizen Centre on Winnipeg St. He also played his grandkids and JP whenever they came out to the Lake House on Echo Lake. He usually whipped their butts, teaching humility while showing them ways to improve their play.

Yes, we are as surprised as you are. He was an incredibly healthy man, from a lifetime of taking large doses of vitamins and minerals.

Funeral arrangements will be made at a future date.

In lieu of flowers please make a donation to your favourite charity in Wes's name.

Share Your Memory of
Wes
Upload Your Memory View All Memories
Be the first to upload a memory!