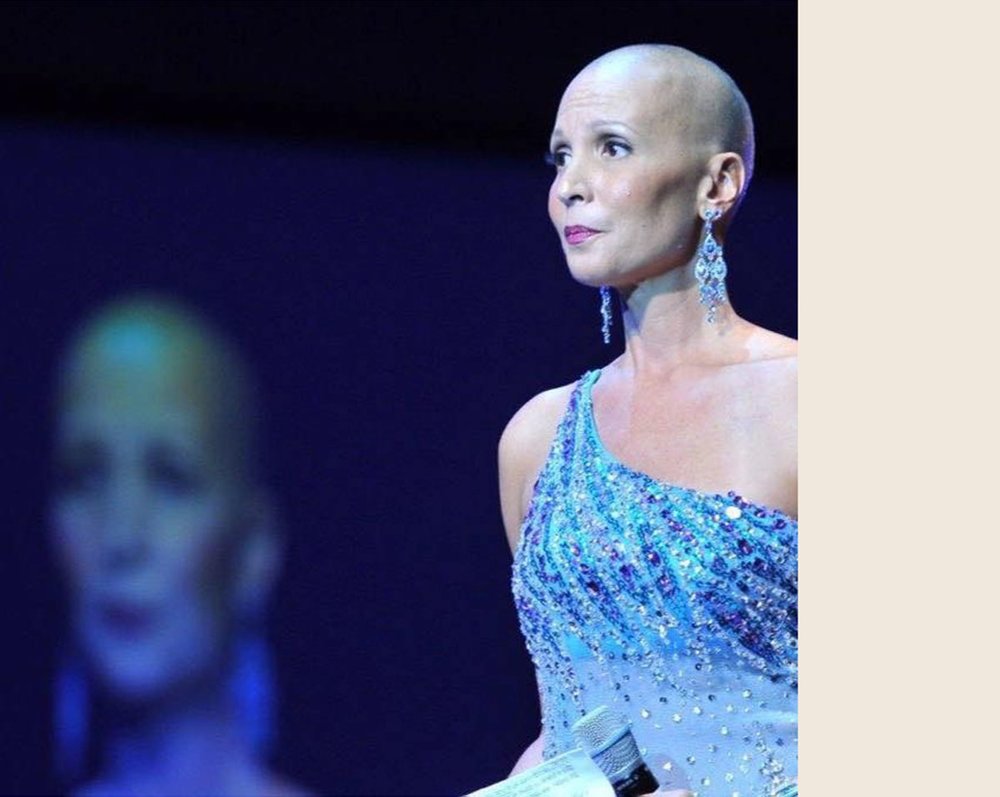 It is with a heavy heart, I announce the passing of my exquisite and courageous wife, Dionne Karen Warner, known to many as, Warner Warrior D, on Monday, February 1st, 2021 at the age of 55 years.

Joshua Collesso and Shaya Dionne Nordick were lucky godchildren to have such a proud godmother who loved them dearly.

To gain her independence after graduating high school, D worked three jobs, one of them lasting 18 years at the corporate office of Freightliner of Canada Ltd.  She also managed to partake in her love of dancing, and happily claimed the speaker platforms, to dance the night away in Mississauga’s night clubs and numerous times on the TV show, The Electric Circus.  D’s love of dancing will forever be captured in the appropriate disco ball urns that we had designed and made for her, a few years ago.

Happily and a little gullibly, the big city girl moved to Saskatchewan on New Year’s Eve 2000, after receiving the assurance from me, her wingman fiancé, that it never got colder than -10 in Saskatchewan.

Love is a powerful thing and despite the misinformation, D remained by my side, together making our lives happy, exciting and fairy tale like.

It was only four months after arriving in Regina that D was struck with her third diagnosis of cancer.  This time, liver cancer, with a six months to live prognosis.  Cancer obviously didn’t know who it was messing with though and D went on to beat five (5) more separate and different diagnoses over the next 21 years, all while living life at full speed, with no regrets.

She had help in doing so, and we would like to acknowledge and give our heartfelt thanks and sincerest appreciation to her oncologist Dr. Salim, his right-hand person Julie Baisley, family doctor Dr. Kazmi and her right-hand person, Pooja Dabur, and all the staff at the Allan Blair Cancer Clinic.  From the receptionists to the continuing care aides, nurses, and pharmacists, you all are truly a group of earth angels that graces southern Saskatchewan’s cancer centre.  We are honoured to count many of you as personal friends.

Winning nine (9) separate wars against cancer with such positivity, determination and energy, eliminates any informed person from incorrectly stating, “That she lost her battle to cancer”.  Like a hockey player scoring three hat-tricks in a game, who would even care what team won, when the focus would most definitely be on that single player’s incredible performance!  And thus in life, D was an undisputed superstar.

Just as sports games continue, the wars against cancer will continue.  There will be other heroes and Dionne’s choice was to select a specific time to pass the torch to others like myself and to those that believe in keeping hope alive, as she had done for 26 years herself.

Dionne was very touched and humbled when in 2010 she was honoured with the Community Leadership and Enhancement, Woman of Distinction award, for her volunteer work at the Allan Blair Cancer clinic.  She was named one of 32 International Heroes of Hope by the American Cancer Society (2011), CTV’s Regina’s Citizen of the year in 2015, and named one of 25 Heritage Heroes, by the Look Good Feel Better Cancer program in 2017.

Never Leave Your Wingman, by Deana Driver, was a book written about Dionne’s and my inspiring love story, (up to her 7th cancer battle).  This book made Canadian best-selling status and led to many emotionally touching interactions at book signing events and motivational speaking engagements.

Over the years, D inspired thousands and every single interaction with a fellow survivor or caregiver of a cancer patient, emotionally touched and inspired D as well.

A refreshing personality of D’s was that you always knew where you stood with her.  Something she unapologetically declared when picking up a girlfriend that was going out dancing with her, who may not have dressed appropriately, “Sista’ that outfit don’t match”, or “Can you pick up a quarter off of the floor wearing that?  No? Then go back and change!”

Together, D and I lived life to the fullest with no regrets and usually at 100 mph it seemed.  It was her idea to dress us in 78 different themed costumes, in order to add fun and positivity to her chemo sessions at the Regina Allan Blair Cancer clinic. These antics turned her sessions into party like events, that staff and fellow patients revelled in.

Her stamina and determination to live life to the max, with no regrets never ceased to amaze.  Exampled once by deciding to forego anti-nausea medication from her chemo treatment, which would have made her drowsy.  She chose this, against normal protocol, in order to allow us to attend an Elton John concert being held in Regina, a mere 4-hours after her treatment.  And guess who was one of the most energetic fans in the Brandt Centre that night?!  Yep.

This energy also applied to her shopping skills and success in finding incredible and often unbelievable deals. “Start the car” was one of her favourite phrases and her other favourite words were clearance, closing out, or 75% off just to name a few. It was not unusual to hear that her victories scored on any particular day, were made to fill a birthday, Christmas, or anniversary gift that was still eleven months away.

That’s not to say that she didn’t shop for herself and upon discovering a favourite cut of a blouse, sweater, leggings or yes, even shoes, then buying all of the colors that particular item or pair came in surely made logical sense?

It paid off, as she always turned heads wherever she went, unknowingly leaving a wake of admirers wondering, who was that stunning woman that just walked by?

Second to none were her travel organization skills and she excelled at finding beautiful and interesting places for us to visit all over this province, this country and many other countries with prearranged tour guides to enhance the experiences.  She loved flying co-pilot with me, her wingman, especially when we were hosting friends in the airplane to share a unique adventure. Her real love of travel was on “Shugga” our appropriately named white touring motorcycle.  Thousands of kms were put on Shugga in five seasons travelling all over Western Canada and the States.  D took hundreds of beautiful photos and loved sharing them with all of our family and friends.

If events and travels warranted longer commercial type air travel, I was mostly given first right of refusal to join her. However, if I hesitated “just for a second” or was indecisive in anyway when asked, I could quickly find myself out of luck, replaced by one of her many willing girlfriends, lined up and ready to go.

Both I and her travelling girlfriends quickly learned to appreciate Dionne’s packing accessories’ skills.  When facing some challenges in a hotel room, often the problem could be solved by D pulling out an extension cord, electronically alarmed security door-stop, an inventory of empty LuLu Lemon bags or a duplicate toiletry item that she always seemed to have, “just in case”, in that bottomless, hardware store of a knapsack she travelled with.

“It will be interesting to see” started off many comments, observations or opinions by Dionne and it was rare to see those veiled predictions play out differently than what she had amazingly predicted.

Those that have met D, been inspired by D, loved D or have been loved by D, will always have a gift from her.  Live life to the fullest with no regrets, stay positive, never give up hope, and love with all your heart!

As we worked on this eulogy together, Dionne wanted to add, “To my Wingman G, you will always be my forever love, the light of life.  I was blessed, honoured and so grateful to have had your love.  I want you to continue living life to the fullest, for the both of us, and I will be waiting for you with open wings. Until then, Eternal Love and Happiness, my love”

Memorial service to be held in the future.

In lieu of flowers or donations, D and I ask that you do something nice for a stranger, and/or something extra special for someone that may not be expecting it.  Seems like the world could use some of these kind of gifts right now, wouldn’t you say?