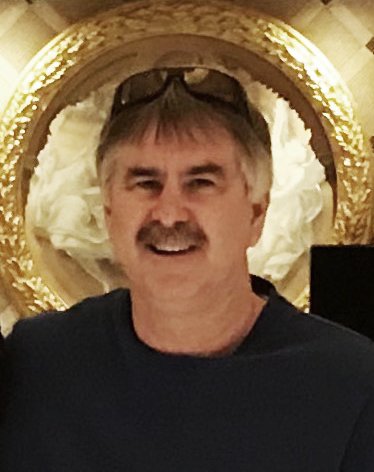 1:00 pm
Livestream Funeral Service
Please Click on Link Above Blair's Obituary on the day of the service.
Regina, Saskatchewan, Canada

It is with great sadness that we announce the passing of Blair Broadfoot on February 17, 2021 at the age of 58 years following a brief but courageous battle with cancer.  He is survived by his wife Margaret; sons Travis and Drew (Tesa MacCallum); mother Marge Berting; sister Korene (Roy) Kulchar; brother-in-law Doug (Diane) McKen; and aunts, uncles, cousins, and nephews. Blair was predeceased by his father Fred in 1982; maternal grandparents Robert and Ruby Mess in 1989; paternal grandparents Ross and Lyna Broadfoot; uncle Fran Broadfoot in 2000; and step-father Hubert Berting in 2004.

Blair was born and raised in Yorkton, Sask.  Following his high school graduation, he attended Luther College Business Administration program but quickly realized this was not the career for him.  Blair returned to Yorkton and began work as an orderly at the Yorkton Regional Hospital.  In 1984, he enrolled in the Diploma Nursing program at Wascana Institute.  Following his nursing graduation in 1986, Blair began work at the Pasqua Hospital.  In 1988, he enrolled at the University of Saskatchewan to obtain his nursing Degree. Blair and Margaret were married in 1990, and in 1996 moved their young family to Moosomin, Sask. where Blair managed the Moosomin Union Hospital.  In 2000, we returned to Regina where Blair worked at the Wascana Rehab Center for several years.  Blair then returned to the Pasqua Hospital where he managed several wards over the years. Not yet ready to retire but needing a new challenge, Blair began work in 2019 managing the Long Lake Valley Integrated Facility in Imperial, Sask. where he continued working until November 2020.

Blair loved the outdoors; in the summer golfing, camping, driving his beloved 1973 convertible and attending car shows, and in the winter snowmobiling and skiing. Activities that his sons also enjoy.

Blair will be greatly missed by his family and many colleagues and friends.

In lieu of flowers, donations may be made to the Canadian Cancer Society, 1910 McIntyre Street, Regina, SK, S4P 2R3.

A Private Funeral Service will be held on Wednesday, February 24, 2021 at 1:00 p.m. To view the livestream of the service please click on the link above, which will be available on the day of the service.

Share Your Memory of
Blair
Upload Your Memory View All Memories
Be the first to upload a memory!