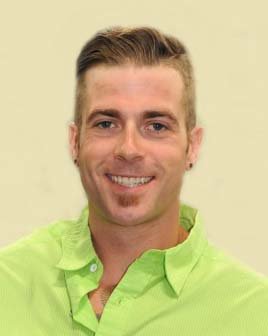 1:00 pm
Livestream Memorial Service
Please Click on Link Above Dustin's Obituary on the day of the service.
Regina, Saskatchewan, Canada

It is with complete devastation and shock that I am announcing the death of our beloved son, brother, grandson, cousin, and friend, Dustin Boyd Gilchrist, age 34, on Tuesday, February 23, 2021. Dustin was predeceased by his grandmother, Carol Gilchrist. He is survived by his parents Tracie Gilchrist and Greg Kistner; grandparents, Jim Gilchrist (Jean), Mildred and Leonard Kistner; sisters, Sydney (Colton), and Destiny; brother Tyson; aunts and uncles, Curtis and Kaela Gilchrist, Bev and Monty Poirier, Jane and Cecil Grassick, Jodi and Trevor Dillabough; as well as many cousins and friends.

Dustin was born in Regina, Saskatchewan and lived on the family farm with his grandparents and his mom at Milestone until moving to Bethune in October 1989. While he was growing up, he loved his sports including baseball, hockey, and he was most passionate about skateboarding and long boarding. Dustin was also involved in 4H, his first heifer was Blanche. They had a great bond; he would lay on her and had her for years to follow. Through the years he had many four-legged friends, his most recent was Diesel, his dog.

Dustin’s school years were spent at Bethune and Lumsden. After graduating, he had various jobs until ending in the oilfield industry for 13 years, working in both Saskatchewan and Alberta where he made many lifelong friends.

Dustin loved completely and passionately, putting others first. His family and lifelong friends were especially important in his life. Dustin was not afraid to show his love, even when he was a teenage boy, he would have a kiss, a hug and an “I love you” for his grandparents when he saw them. He was immensely proud of his tattoos and always talked about the next piece of artwork he was going to get.

Dustin will be missed and loved forever. He was the most kindhearted brother that was always there in a supportive way, trying to give good advice to his siblings. He cared the most when it came to his sisters and brother.

We love you, until we meet again.

In lieu of flowers donations may be made, in Dustin’s memory, to the Regina Humane Society, Box 3143, Regina, SK S4P 3G7, the Canadian Mental Health Association, 2702 12th Avenue, Regina, SK S4T 1J2, or to a charity of your choice.

Share Your Memory of
Dustin
Upload Your Memory View All Memories
Be the first to upload a memory!