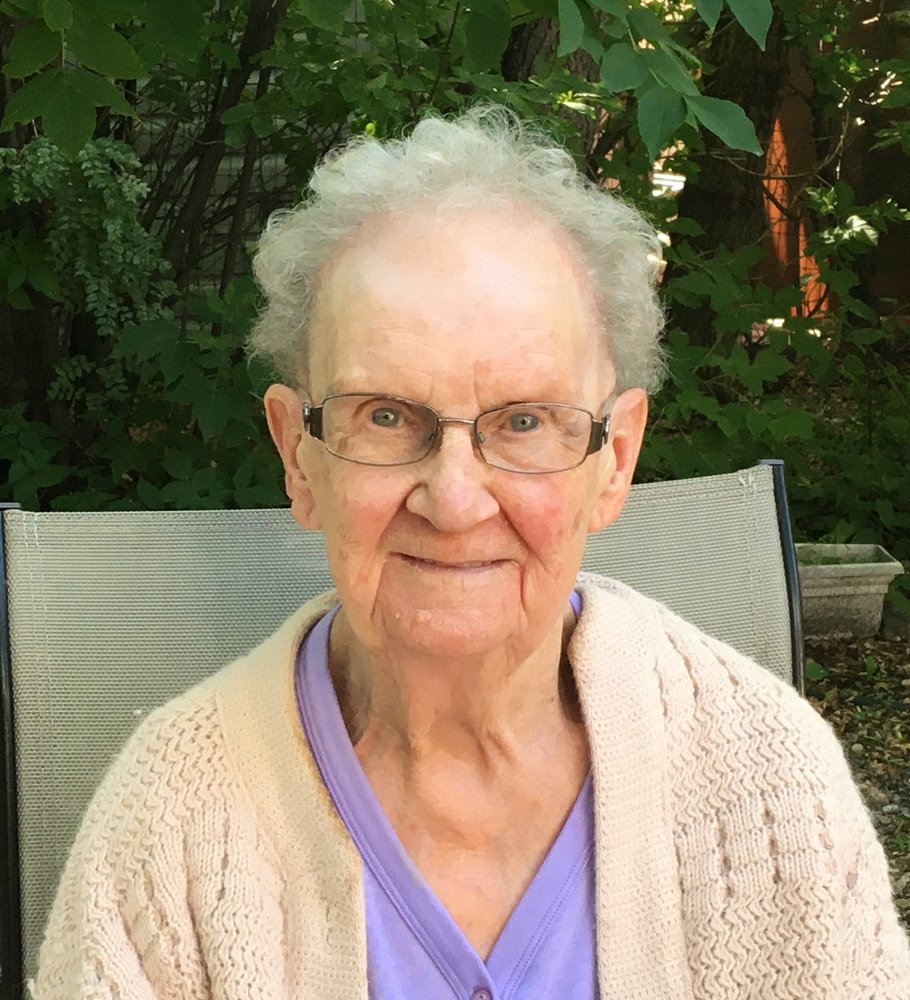 Joan grew up in Cabri, Saskatchewan, before her family moved to Regina where they managed the Regina Golf Club and subsequently the Tor Hill Golf Course (Boggy Creek) and the Murray Golf Course for many years. Her passion for golf started young and never wavered. Golfing well into her senior years, Nan loved meeting the ladies at the Lakeview Par 3 Golf Club and amassed an impressive nine holes-in-one over her lifetime.

In 1948, Joan married John Wagman and they started their family. She remained at home for many years to be a full-time mother to her five children, but later gained employment with Eaton’s.  Losing John in 1975, Joan continued to care for her family and remained with Eaton’s Contract Sales until she retired in 1988.

Nan loved to socialize and remained very active throughout her entire life. Active in the “Order of the Royal Purple” in her younger years, Joan continued to enjoy golfing, curling and going to her exercise classes almost her whole life. She regularly hosted family gatherings both planned and unplanned, and always had a room and/or a meal for any extended family member, especially on Christmas Eve.

One of her greatest joys in her life was her cabin at Regina Beach. Joan loved spending her summers out at her lake house with her family and never had a shortage of visitors. She loved hosting the Canada Day family reunions and having spontaneous lawn dart tournaments. While Joan loved that cabin itself, it was being there with the people she loved that really made it special.

Among the many things her family will remember her for was her outstanding talent as a cook and a baker. Joan’s Yorkshire puddings, sausage rolls, quiche, pies, butter tarts and chocolate cookies were legendary. She also enjoyed knitting and cross-stitching, making garments and keepsakes for her family. But mostly, Nan will be remembered for her love. She was always so giving of herself to her family and friends in any way they needed.  Nan’s life was full of family and friendships, laughter and love. She was, and will continue to be, admired and respected by those that knew her best.

A special thank you to Monica and the staff at the Gardiner Point Care Home for taking such good care of her in her last few months.  The family would also like to thank her physicians Dr. Sharon Leibel and Dr. Bouwer.  A private family interment is planned in the near future.  For those wishing to do so, charitable donations to the Alzheimer’s Association, 2550 12th Avenue, Regina, SK S4P 3X1, in memory of Joan would be appreciated