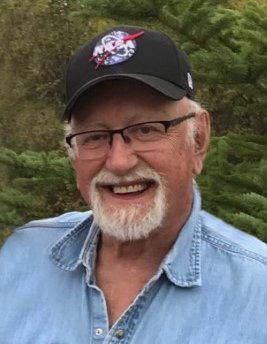 On Monday, April 5, 2021, Roland Edward (Ed) Beday of Qu’Appelle, Saskatchewan, passed away suddenly at the age of 76 years. Ed was predeceased by his parents Roland and May Beday (nee Davey); and his brother Brian. He leaves to mourn his loving wife Elvira; son Brad; step daughter Lisa (Arthur); step son Aaron (Naomi); grandchildren Adam, Charmaine (Dustin), Cherisse (Julian), and Brian; great-granddaughter Madison; brother Paul (Ruth); nieces Jodi and Alisha; nephew Kyle; as well as great nephews Aiden and Nicholas; great nieces Nya and Cobie; along with his dear cousin Judy (Garth). Ed will also be greatly missed by his extended family and numerous friends. He touched so many lives and made an impact on them all. Ed was a heavy duty diesel mechanic for most of his life. He obtained his Red Seal certificate while he was working in the NWT and was very proud of that accomplishment. Eventually he would go on to becoming a Journeyman Diesel Mechanic. A trade he would treasure always. Ed worked for Kramer Ltd for several years, then he decided to open his own shop in Estevan, Sask. and work for himself. After he sold his shop, he moved to Regina and went to work for Kramer Ltd. In total he was with the company for about 35 years. Ed had numerous jobs throughout his life ranging from service station attendant to heavy equipment operator. After his retirement from Kramer, he continued to work as a heavy equipment operator for some time in Southern Sask. He just enjoyed it too much to stop. Ed worked all over western and northern Canada, he enjoyed telling his stories of working in the far north of the NWT in the middle of the coldest winter, to coming back down to Saskatchewan. He was very proud of his work accomplishments, as he should have been. Ed met Elvira in January of 2003. They fell in love and decided to build a house and a life together in Qu’Appelle, SK. They were married in June 2007. Ed was so proud of his home and life in Qu’Appelle. He was part of the community and will be missed by all who knew him. At a later age, Ed decided he wanted to renew his interest in learning to play the fiddle. He bought himself a fiddle, began to take lessons and learn all he could. Ed attended many Fiddle Festivals, concerts and recitals. He was a proud member of the St. Paul’s Cathedral and the St Paul’s Cathedral choir. Woodworking was a passion of Ed’s at an early age. It wasn’t until his later years, when he had more time, that it became a very important part of his life. He had so many ideas and projects that he absolutely loved working on. Ed made everything from bird houses to kitchen cabinets. He made a very special cradle for his great-granddaughter Madison that will stay in the family and be used for many generations. Ed made other special cradles for friends as well.  He recently began to turn bowls. This was something fun for him to learn. Many family and friends have pieces that they will cherish. Ed was known to always have a kind word, he was full of knowledge that he loved to share. He was so incredibly smart, he knew his stuff. When it came to diesel engines- he was the man to call. Ed could always be found tinkering on one thing or another. Ed also loved to read. He was always learning and studying. Ed’s favorite baseball team was the Toronto Blue Jays; and the Winnipeg Jets were the team to beat. All who knew Ed will certainly miss his wit and humour. The family would like to take this opportunity to thank Qu’Appelle Fire and Rescue, Indian Head Ambulance attendants and Indian Head RCMP. Special thank you to Rev. Mike Sinclair, and Dale and Gayle Michell. Your kindness and compassion was heartfelt. A private family Memorial Service will be held at St. Paul’s Cathedral with the Very Reverend Mike Sinclair officiating. To view the livestream on Monday, April 12, 2021 at 2:00 p.m. go to St. Paul’s Anglican Cathedral, Regina Facebook page. All family and friends can consider themselves honourary pallbearers. In lieu of flowers, donations may be made to the Heart and Stroke Foundation, 1738 Quebec Ave #26, Saskatoon, SK S7K 1V9 or St. Paul’s Cathedral, 1861 McIntyre Street, Regina, SK S4P 2R2.