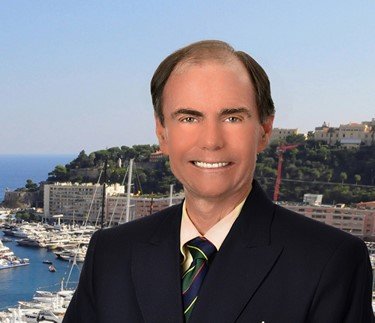 Morley passed away suddenly on April 18, 2021 in Regina at the home he shared with his twin sister Merna.  Morley’s passing was not Covid related. While his health had been a challenge in his life, like all things, Morley always overcame whatever faced him with dogged determination, saying to family that he planned to live forever.

Morley was born in Regina and attended Lakeview school. After graduating from Sheldon Williams high school he set out to explore the world.  On his first trip at age 20 he traveled to England, Scotland, and Ireland.  His second trip was to visit friends in Japan.  He didn’t let them know he was coming. He arrived at their door saying, I was in the neighbourhood and I thought I would drop in.  He made new friends traveling back to Canada by rail across the USSR.

Upon returning from his travels, he worked in Regina drafting architectural, civil engineering, legal survey and oil field plans, for private companies and the Department of Mineral Resources.  Armed with these skills he headed north working as crew chief for various survey companies based out of Flin Flon, Manitoba.  Living in a tent he and his native crew battled clouds of mosquitos and eating canned food.  As was his nature he persisted to successfully survey, cut grid, and stake claims.  He was one of the first to appreciate the native Tooth art and bead work.  He brought home stunning pieces we enjoy today.

Morley had a keen and un-wavering dedication to individual freedom and responsibility.  He was a voracious reader and independent thinker and shared his vast knowledge with his correspondents at home and around the world.  He held a research position at the Reason Foundation for Public Policy in the United States. Through his work in the Canadian Taxpayers Federation, and other organizations, he was part of the 1970’s western Canadian movement which led to the formation of the Reform Party.

Morley also had a long and interesting career in Regina in the family Real Estate and home building business, Venetta Evans Reality Ltd.  In addition to renovating homes, he was a licenced realtor, and custom builder.  He drafted by hand his home designs and built the homes to stand the test of time.

He was a member of the Wascana Kiwanis Club of Regina participating in its youth programs and the annual daffodil campaign supporting cancer research. He was a beloved member of St. Mathew Anglican Church, its members becoming part of his extended family.  He was also a proud member of the Welsh Club.

He was a loyal Apple computer user and advocate.  The family joked that he bought the first computer sold in Canada.  From his reading and sources around the world he attempted to solve problems others couldn’t master.  In every respect he was ahead of his time, photo shopping himself at a yacht club in Monaco.  It would be his ideal to live in a warm exotic place with interesting people.

He will be missed by his many friends and colleagues.  Morley will live forever in all our hearts and thoughts.  He had many talents he liked to share. His life’s perspective, knowledge, and humour are but a few.  He was a challenge as well as an inspiration to us all.

In lieu of flowers, donations may be made in Morley’s name to the Kiwanis Club of Regina-Wascana, or St Mathew Anglican church.  Interment at Memorial Gardens, Regina.  Due to Covid-19, a celebration of Morley’s life will be held at a later date, to be announced.

Share Your Memory of
Morley
Upload Your Memory View All Memories
Be the first to upload a memory!