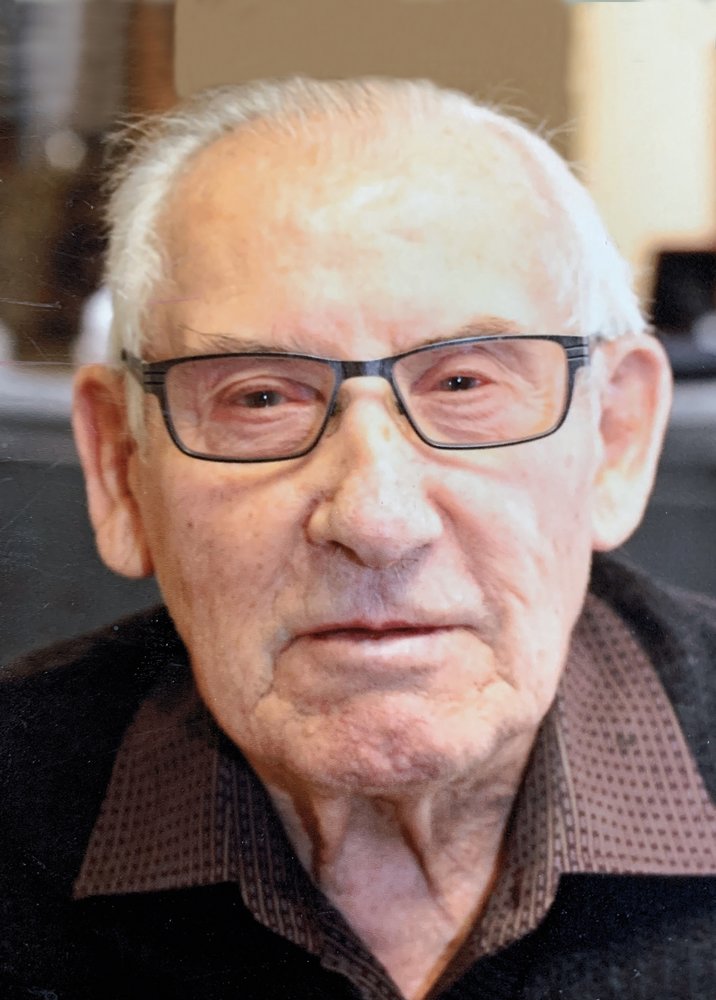 The family of Lawrence Albert Klenk is saddened to announce his passing on Wednesday, April 28, 2021. Lawrence was born in Holdfast in 1929 to Margaret Metz and John Klenk. He was the second oldest of ten siblings. He was raised on the family farm south of Imperial and attended Shiloh School.

Lawrence was trained as a heavy-duty mechanic and welder. He put this trade to use working in the Imperial garage for 20+ years, followed by becoming owner /operator of this business. In 1974, Lawrence and his son Marvin purchased the L&M Shell Bulk/garage on hwy 2 at the entrance to Imperial. He did all this while also farming. There was never a dull moment in his life. Following the closure of L&M, he built a workshop on the acreage and continued his business there until he moved.

His brilliant mind was never stumped with the mechanics of how things operated. He could literally fix anything, big or small.

Lawrence married his childhood sweetheart Margaret Irwin on Nov 8, 1950 in Liberty, SK. They lived in the town of Imperial until they moved in 1962 to the home he built on the acreage, 3 miles south of Imperial.  They created a picturesque setting in which to raise their seven children. He resided there until he moved to a retirement home in Regina in 2012.

Lawrence was always willing to lend a hand in whatever project needed to be done; be it in his community, for friends, family or even for strangers, no matter how big or small the job at hand was. He was also actively involved in his church, belonged to the Knights of Columbus, and was a member of the Imperial and District Service Club.

Lawrence enjoyed watching his children and grandchildren’s activities throughout the years. He actively participated in family events, such as fishing on northern lakes and the BC coast, skiing trips to the mountains, and camping in the forests of Northern Saskatchewan.  Lawrence greatly enjoyed international travel to numerous destinations with family and friends. His last two trips – the Bahamas and Florida with a Caribbean Cruise – occurred in his late 80’s!

Lawrence will be remembered for many things, by many people, and each person who spent time with him will have a special memory or story. In the future, we hope there will be a time for sharing these stories.

Lawrence is predeceased by his parents Margaret and John; his in-laws Agnes and Bryden Irwin and their daughter Elaine; his wife of 60 years, Margaret; his son Marvin; and six siblings: Magdalena, Adolph, Bernard, Florence, Edward and Marjorie.

Thank you to the staff of the LIFE FORCE nursing organization and Queen Victoria Estates for their compassion and care of our father.  Due to Covid-19, there will be no service at this time.

Services for Lawrence Klenk
There are no events scheduled. You can still show your support by planting a tree in memory of Lawrence Klenk.
Visit the Tribute Store