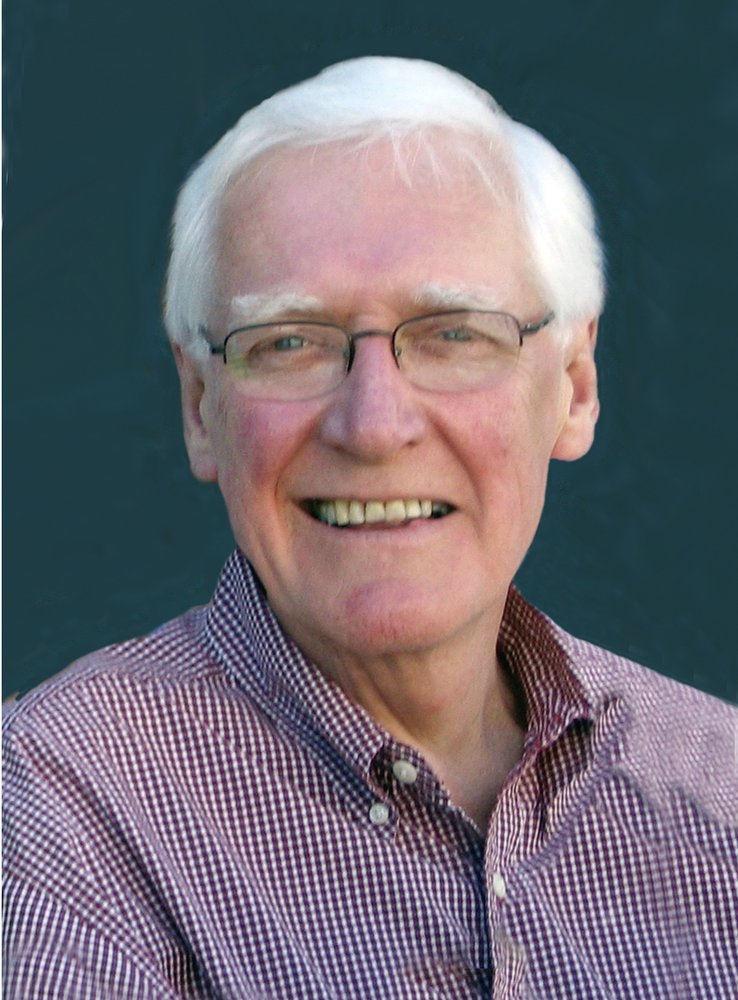 10:30 am
Holy Rosary Cathedral
3125 - 13th Avenue
Regina, Saskatchewan, Canada
To View the Livestream of the service please click the link above Ken's obituary on the day of the service.

Ken was born in Regina, SK to William Oliver and Edith MacKay. He was raised and attended primary school in Moosomin, SK, then returned to Regina as a boarding student at Campion High School. After obtaining a degree majoring in English Literature from the University of Saskatchewan, Ken accepted a teaching position back at Campion. He was a good teacher and enjoyed the profession but soon longed for something more dramatic, so in 1964 he entered the College of Law at the U of S.  Upon graduation he articled and spent a year in private practice before joining the Saskatchewan Department of Justice as a prosecutor - the prospect of more time in court was enticing given his teaching career and his passion for acting and theatre. He did not see prosecuting as a “prove the accused guilty at all costs” endeavour but as an honest search for justice for all. Over his career he appeared frequently before the Supreme Court of Canada and worked on several national boards involving the reform of the criminal law. He was a Bencher of the Law Society for six years and served on the Saskatchewan Review Board from 2002 until 2020. He was a bright legal mind who tackled his cases with reason, fairness, and intelligence.

The year and a half Ken spent in London earning his Master of Laws Degree from the London School of Economics, he and Pat went to every play and concert their money and time would allow. Ken was active in Regina Little Theatre and Regina Summer Stage, a frequent traveller to Stratford and Niagara on-the-Lake for theatre holidays, and attended the Regina Symphony and many other concert series. Sports were not Ken’s forte but he joined the Regina Rowing Club and formed a crew with three friends. He grumbled as he left the house summer mornings at 5:00 am to tackle the waters of Wascana Lake but always returned pronouncing rowing the best sport in the world. After answering a newspaper ad for a “singing holiday” Ken and Pat became involved with Oxford Church Music and sang with the group in Oxford, Dublin, Berlin, Prague, Rome and Venice. He sang in Holy Rosary Cathedral Choir for nearly 50 years and was frequently the Cantor at masses and special services. Ken became the acknowledged founder of the “Ken MacKay School of Canting”- no matter what errors you make, don’t stop, carry on, and try to finish on the right note.

Ken was predeceased by his parents, William (Mickey) and Edith MacKay; and his parents-in-law Vincent and Emelda Connor. He is survived by his loving wife of nearly 60 years, Pat; his brother Donald (Connie and children Twylla, Sheila, and Tyler); Pat’s brother, Gerry (Beth) Connor; and Pat’s sister Margaret (Richard) Johnson. Though they had no children of their own, Ken was a special uncle and friend to his nephews and nieces Quetzal, Jesse, Anahi, and Claire Johnson and to “adopted” nieces and nephew Odette, Christina, and Patrick McCarthy. He valued and loved you all. Ken and Pat had nearly 60 years of love, humour, occasional disputes, travel, adventures, and friends during their life together - still not long enough. He died peacefully in Regina after spending a month at home with all who loved him dearly.

Thanks to the Palliative Home Care Team, and the nurses on unit 3A of Pasqua Hospital and to Dr. Stewart McMillan, his long-time physician. In lieu of flowers, we ask that donations be made to a charity of your choice. There will be a Celebration of Life at Holy Rosary Cathedral, 2104 Garnet St, Regina, SK on Wednesday, July 28, 2021 at 10:30 a.m. with a coffee and tea reception to follow in the Church basement. Live streaming will be available for those unable to attend in person. For everyone’s safety, social distancing is encouraged and masks and hand sanitizer will be available at the door. To view the livestream of the service or to leave an online message of condolence, please visit Ken’s Tribute Page at www.speersfuneralchapel.com

Share Your Memory of
Kenneth
Upload Your Memory View All Memories
Be the first to upload a memory!