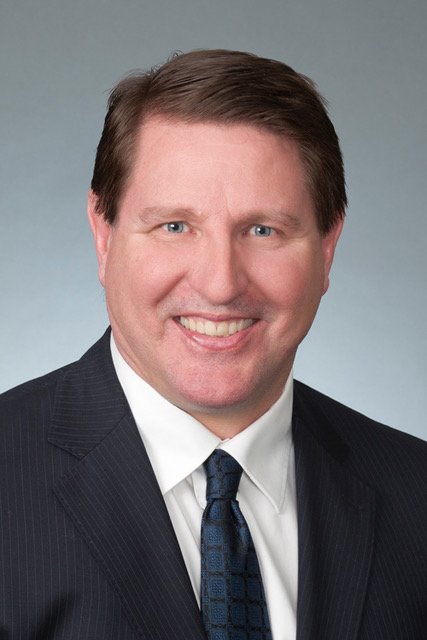 Warren Walter Poncsak, late of Regina, SK, passed away suddenly on July 13, 2021, at the age of 59 years. He was predeceased by his father Don and father-in-law Bill. Warren is survived by his wife Debbie, and daughters Jessica, Shea, and Nicole. He is the son of Margaret and sibling to sister Gayleen and brothers Stuart (Brenda), Darcy (Frederique), Marty (Julianna), Garnet, Eldon, Cory (Julie), and Trevor (Kim). He is also survived by mother-in-law Rose; sisters-in-law Peggy (Kent), Tanya, and Josée; and nieces and nephews Chelsea, Kendra, Rhetton, Braedyn, Taylor, Stephanie, Kale, Arianna, Juliette, Cheyenne, Charlie, Vincent, Mederic, Evangelina, Madelyn, Annika, Hugo, and Soren (Gus).

Warren was born in Regina and attended St. Augustine elementary school, Miller Comprehensive High School, and served most of his youth as an altar boy at Little Flower Parish. He attended the University of Regina from 1980-1985 where he studied Math and Stats. One day, coming in from playing tennis with his brother Darcy, two of the “Miller Boys” recruited him to go to Cougar Basketball tryouts. He was the last player added to the team, and it changed his whole life. He spent the next 41 years “on the court.”

Following university, Warren started working with the Paul Dojack Youth Centre, then moved to Sask Sport where he worked for Rugby and then Team Handball for approximately 25 years. His last 10 years were spent working in insurance and financial services, and it was his work as a Knights of Columbus Field Agent that he most enjoyed, as he felt like he was truly “helping families.”

Warren’s true loves were his family, his friends, and “sport.” He married his high-school sweetheart Debbie, who he met playing basketball at Miller High School. They dated for 12 years and were married for 31, and they truly were each other’s best friends and perfect life partners. Soon after their wedding in 1990 at St. Mary’s Church in Regina, Warren and Debbie expanded their family with twins Jessica and Shea Lynn in 1991, and in 1993 their third girl, Nicole, completed their family. Throughout his many years of life, Warren also had various family pets which he loved and cared deeply for, the most recent being their family’s beloved “labweiller” Lily.

He was also a coach and mentor to many. After playing competitive team handball, Warren became a Level IV Coach and coached with the Canadian Men’s National team up until the 1999 Pan-Am Championships in Winnipeg. His coaching involvement with the team also lead him to travel to events in Cuba and Rio where they competed against international teams, made friends, and shared their love of the sport. As team handball players, Warren and Debbie gained many lifelong, true, and lasting friends, and are so grateful their love and support throughout all of the years, and especially now.

Basketball was Warren’s passion. Throughout his lifetime, he was a player, coach, official, clinician, and mentor. He dedicated all he could to the sport and it truly lit him up to be involved on the court in any way possible. He belonged to RABO, SABO, and CABO (Regina, Saskatchewan, and Canada Association of Basketball Officials), coached RCBA for 8 years, and contributed in any way possible over the last 36 years as an official. He loved it all, did whatever he could to help the sport, young officials, and organizations grow. He gave his time freely and willingly, was known as the king of one-liners and quick retorts, and the friendships he gained throughout his involvement were what he appreciated the most — especially his “CanWest” crew!

Beyond his love for sport, Warren was first and foremost a husband and a father. He and Debbie raised their family like a team, and that’s how they operated. Everyone had a role, everyone got a turn, everyone was appreciated and valued for their contribution. His girls will forever miss their “Big Marshmallow Datty” who was a total tough guy on the outside but a softie on the inside. No one could love them more, and he made sure they knew at all times that they were loved and he was proud of them. There was always an opportunity for a “Good job!” and a “Well done!” and a “You’ve got it!” followed by a high-five in their household.

Warren was also active with many community organizations as a volunteer. As his daughters grew up, he was called-to-action driving to and from extracurriculars, doing hair, painting sets, attending recitals, and coaching their basketball teams. It was through his and Debbie’s coaching that from a young age, their girls learned the value of teamwork, playing fair, and enjoying sport for the fun of it. He spent countless hours “herding kittens,” teaching kids how to dribble, pass, and shoot effectively, and he did it all with a smile on his face, like he was having the time of his life. (Just ask any of the kids he coached about the “Marshmallow Olympics!”)

When Warren’s grand-niece Angela was told how her great-uncle died, she asked if it happened because he “loved too much?” And we truly believe that to be the case. Warren gave his heart away to his family, friends, teammates, and colleagues, and his family truly thanks everyone for the outpouring of love, kindness, and support they’ve received throughout this challenging time. Every message and offer to lend a hand is helping them put the pieces of their shattered hearts back together, bit by bit.

Warren always looked out for others, and we know he would tell everyone not to be sad. Instead, he’d say to grab a basketball and go shoot some hoops with your friends or crack a beer open on the patio and grill up some burgers. As much as we all feel like we’ve lost an important person in our lives, we’ve gained so much just by knowing him. Let that be his legacy moving forward.

In lieu of flowers, family and friends so wishing may make donations in memoriam to KidSport SK, https://kidsportcanada.ca/saskatchewan/regina/donate/, University of Regina Cougar Basketball https://giving.uregina.ca/athletics-appeal,  or the Knights of Columbus Foundation. Warren was also an avid blood donor, having recently hit a milestone of 70 donations, so donations to the Red Cross are also greatly appreciated.

Service will take place at Holy Child Parish in Regina, SK on Friday, July 23rd at 11:00 am. To view the livestream of the service, please click on the link to Speers TV at the top of this page.