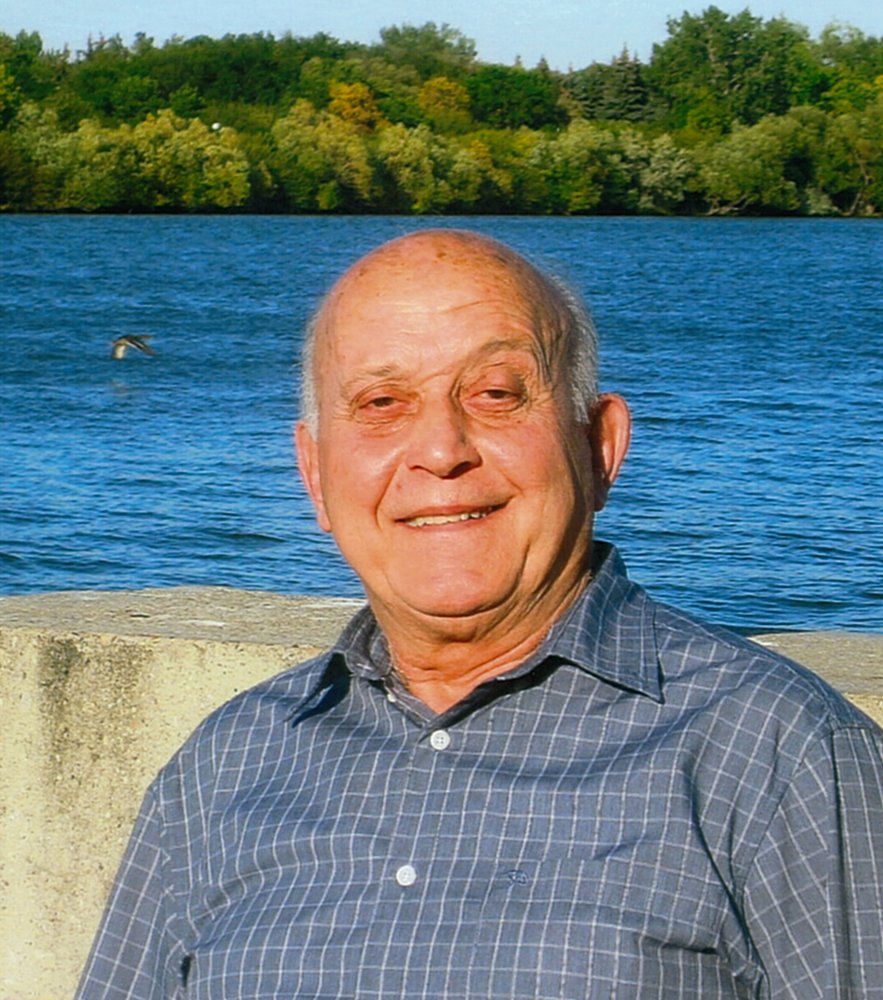 On July 24, 2021 Sterios “Steve” Christidis passed away peacefully in his home surrounded by his loving family.  It was a beautiful summer morning when he left us which was fitting for a beautiful person like our beloved husband and father.

Steve is survived by his loving and devoted wife of 57 years, Chrisoula; his children George (Rhonda) and Aristea (Anthony); his brothers Aristotelis (Eleni) and Costas (Katina); brother-in-law Nick Kambouroglou (Katina): and a number of nephews, nieces and God children.  He was predeceased by his parents George and Georgia Christidis; his father and mother-in-law Thrasivolos and Aristea Kambouroglou; and brother-in-law Apostolos Kambouroglou.

Steve was born on August 6, 1930 in Kavala Greece.  He enjoyed a good life in Kavala working in the family hotel business, swimming, fishing and socializing with friends.  However, in 1961 he was looking for an adventure and opportunity so he made the decision to travel to Canada.  He made his way to Regina, where his brother Costa joined him a few years later.

On September 20, 1964 he married his amazing wife Chrisoula.  Like many other couples, they were only going to stay for 5 years and then return to Greece.  But as fate should have it, they made Canada their new country and loved it as much, if not more, than their country of origin.  The members of the Regina Greek Community became their new friends and extended family.  However, they never forgot Kavala or the life, friends and family they left behind.

Regina provided him with the opportunities he came to find.  His first business was Champs Café and later on Houston Pizza Argyle Park North. He and his partner Nick ran Houston’s for 20 years.  He considered the restaurant his second home and his loyal customers his second family.  He greeted everyone with his sweet smile and as they left he would say, ‘thank you very kindly’.

He was a gentle man of great faith and an ethic of service.  He served as treasurer of the Church Council for years, Principle of the Hellenic Language School and a member of the Order of AHEPA.

As a father, he led by example.  He was an educated man who valued education, believed in the power of kindness, the value of your character and giving ‘your word’.  As he encouraged our academic goals, he would often say ‘they can take your money but they can’t take your education – that will always belong to you.’  He felt traveling was an important component of life’s journey.  He loved road trips through the Canadian Rockies, enjoying the beauty God created and walking through the ancient ruins of Greece, revelling in the splendor of his country’s history.  Steve loved the ‘beach’ – any “thalasa.”

At the age of 68 he was diagnosed with Alzheimer’s.  With the help of his family he endured the illness for over 20 years – fighting to ensure he stayed present and not forgotten.  This illness slowly and methodically stripped him of his memory and physical abilities but it was not able to take away his gracious character and beautiful warm smile – that stayed with him to the end.

Thank you to Father Vandoros for his spiritual guidance during difficult times. Thank you to Dr.  Kontsiotis and the Home Care aides who helped extend his time with us and kept him comfortable.

And THANK YOU to all that remembered him when he no longer could remember you.

Share Your Memory of
Sterios
Upload Your Memory View All Memories
Be the first to upload a memory!