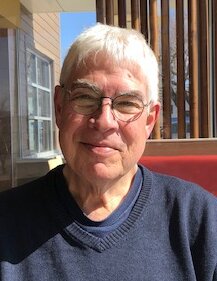 It is with great sadness that the family of Edward Michael Higgins announce his passing at home in Regina, Saskatchewan on Tuesday, September 7, 2021 after a brief illness. Michael was born in Rochester, New York on August 23, 1954 to the late Dr. R. Brian and Pierrette (Duval) Higgins. He was a beloved husband of 14 years to Tracey Thomas.

After graduating from St. Malachy’s Memorial High School and Dalhousie University (BSc), he studied Hospital Administration at the University of Toronto. Michael held various senior hospital administration and government positions in Vancouver, Edmonton and Regina. Michael retired in 2019 to enjoy a relaxed, healthy lifestyle with Tracey and their dog Boo.

Michael navigated life with an amazing sense of calm and profound kindness. His devotion to Tracey and his children will forever be remembered.

Arrangements are under the care of Speers Funeral Chapel. In accordance with Michael’s wishes, there will be no funeral service. Cremation has taken place. A private family gathering will take place in the spring of 2022.

For those who wish, in lieu of flowers, donations to the Regina Humane Society in Michael’s memory would be appreciated by the family.

Share Your Memory of
E.
Upload Your Memory View All Memories
Be the first to upload a memory!