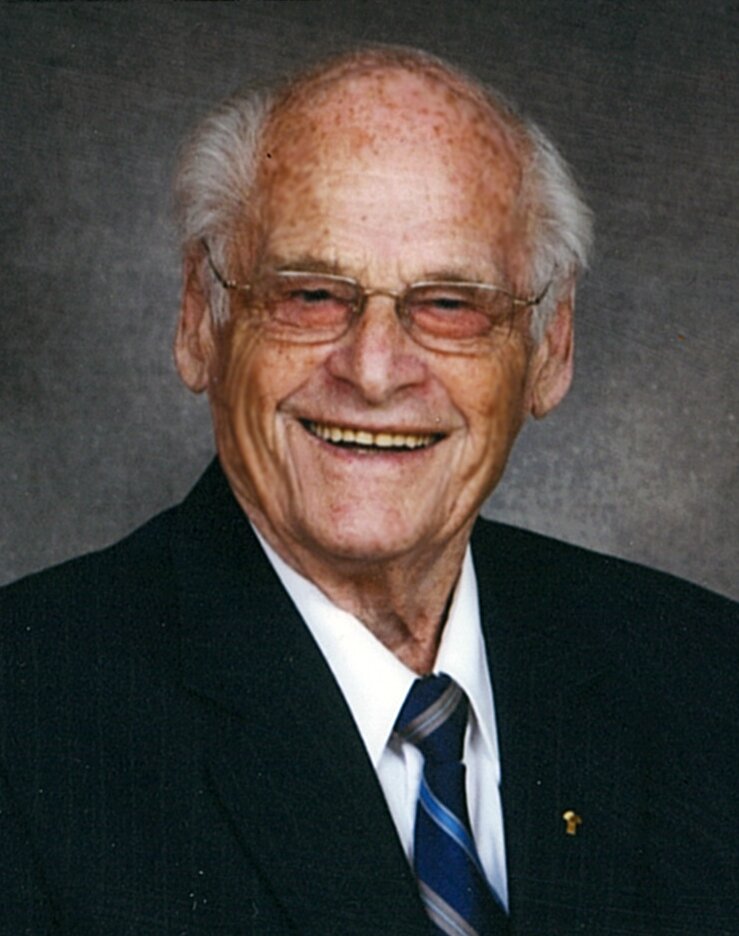 It is with deep sadness that the family of Hans Eckart announces his passing on Saturday, September 11, 2021.

Hans was born to Carlos and Johanna Eckart and delivered by his grandfather who was a General Practitioner and Medical Officer in Fürstenfeldbruck , a suburb of Munich, Germany. Hans had the honor of being the first baby to be baptized in the new Evangelical Church his grandfather helped to build. He started school in 1933. Because of his father’s job, they transferred many times. In 1939 when World War II started, Hans was conscripted into the Hitler youth at the age of 12. At the age of 16 he was recruited from school as a helper for the air force. Hans and his family had to spend some time in a refugee camp.

In 1947, he worked at a horse ranch in Southern Bavaria and in 1949 he earned a Diploma of Agriculture at the University of Munich.

Hans immigrated to Canada aboard the ship “Arosa Kulum” and landed at Pier 21 in Halifax on March 10, 1953. He travelled by train to Simmie, SK. He worked on the farms of Bill Rouse Sr. and Everett Bolton. In 1955-56, he worked on a ranch in Fleet, AB. He took a correspondence class in auto mechanics and achieved his diploma in Edmonton. Hans worked as a mechanic at a Dodge and Massey Harris dealership in Radisson, SK in 1958; in 1959 at J.R. Gibson and Sons, a dealer for International Harvester Farm Machinery and Volkswagen. During his seven years there he earned his journeyman mechanic papers.

In 1966 he started a job with Regina Volkswagen as a Service Adviser, later working as Service Manager until retirement in 1988. He finally finished in 1990.

Hans has four children with his first wife Irene Andres. He married Julia (Murray) Ristow on July 12, 1986 in Knox-Metropolitan United Church in Regina. They spent their honeymoon travelling around Europe where they visited Hans’ relatives.

Visitation for family and friends will be held at Speers Funeral Chapel, 2136 College Avenue, Regina, SK, on Thursday, September 16, 2021 from 8:00 p.m. – 9:00 p.m. Funeral Service will be held at Knox-Metropolitan United Church, 2340 Victoria Avenue, Regina, SK on Friday, September 17, 2021 at 1:30 p.m. To view the livestream of the service please click on the link above on the day of the service.

Share Your Memory of
Hansjoerg
Upload Your Memory View All Memories
Be the first to upload a memory!