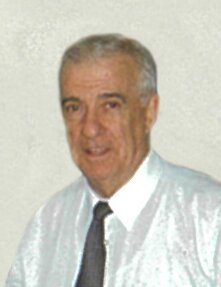 It is with great sadness that we announce the passing of George Volikas on Sunday, December 12, 2021 at the age of 85 years old in Regina, SK. George was born on March 25, 1936 in Andros, Lamira, Greece. He was predeceased by his parents Leonardo and Francis and brother Michael and Yanni. George is survived by his beloved wife of 59 years, Giannoula; sons, Louie (Evridiki) and Jim; grandchildren George and Eoanna (Luke); sister Eftichia; sister in law Stella as well as many cousins, nieces, nephews and friends. Throughout his early life, George worked on cargo ships for a few years before he immigrated to Montreal, Quebec in 1956 where he met his soulmate Giannoula. From then on, George became a very hardworking family man; From working a in a restaurant to starting up a business called "Gregory's Smoked Meat House" with his cousins Jim Bonis and John Kolitsas in Verdun, Montreal. After George, Giannoula and their two sons Louie and Jim were older, George and the family decided to make a move to Regina, Sk in 1979. George continued working in the restaurant industry throughout the years with "Western Pizza" and then opened up a restaurant with his sons called "West Palace" in 1982 and then "The Brass Lantern" in 1985. George loved to work. He would meet so many different customers that would become close friends. After he retired, George kept busy by helping out his sons when they opened up a restaurant called "Westside Pizza.” In his spare time, George loved to go fishing, play poker games with his cousins and friends and even play simple card games with his wife, sons, daughter-in-law and grandkids. George was the kindest, sweetest and the most generous man. He loved all of us and was also loved by all those who knew him. Whenever there was someone in need of help, George would stop what he was doing and be the first to help. He would never say no. You could always count on him. "Yπομονή και κουράγιο" (patience and courage) was his favourite saying and is what we will continue to follow forever. Prayers will be held at Speers Funeral Chapel, 2136 College Avenue, Regina, SK, on Thursday, December 16, 2021 at 7:00 p.m. Funeral Service will be held at St. Paul’s  Greek Orthodox Church, 3000 Argyle Road, Regina, SK on Friday, December 17, 2021 at 10:00 a.m. with Fr. Spiridon Vandoros officiating.