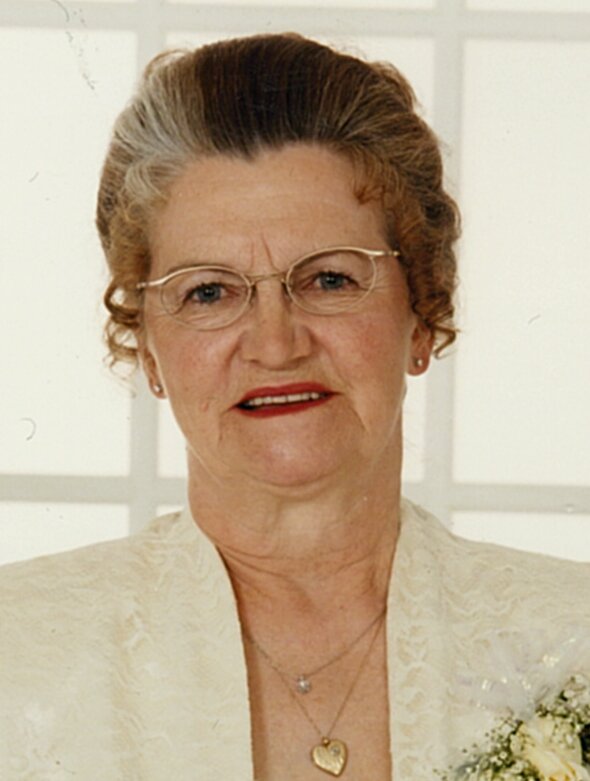 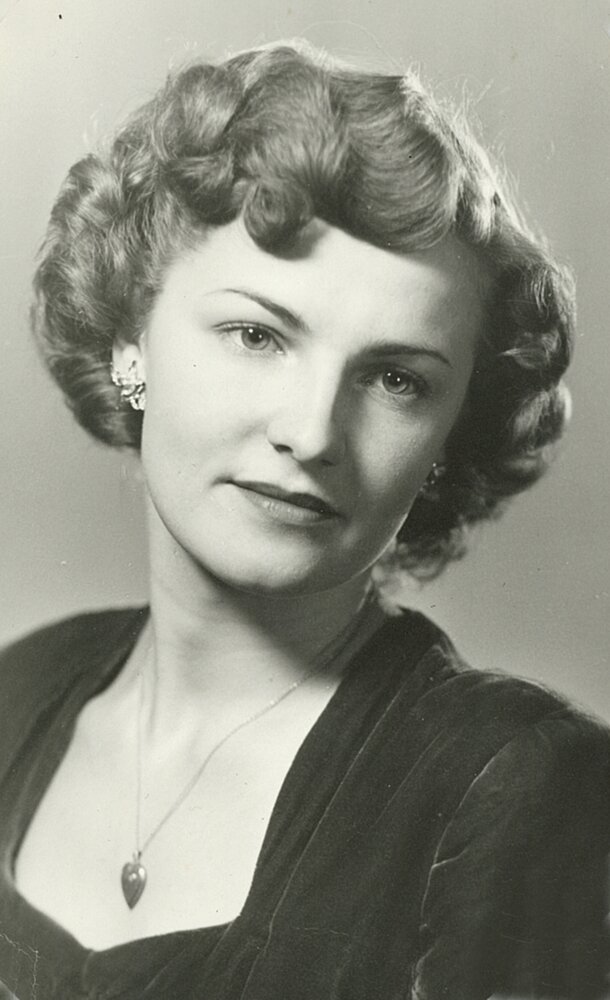 Our beloved mother, LAURETTA KRESS (Benz) was called home by our Lord and passed peacefully into eternity on Friday, January 7th, 2022 just three weeks shy of her 89th birthday.

Lauretta was born the youngest of 14 children to Martin and Juliana Benz in Aylesbury, Saskatchewan on February 2, 1933. Born to German immigrants, she grew up on a farm during the depression. When Lauretta was 17, she met and fell in love with George N. Kress, the bar owner's "handsome" son from Craik, SK. On January 30, 1951, three days before her 18th birthday, Lauretta married the love of her life. They were inseparable for the next 67 years until George passed away in 2018 at the age of 90.  In 1954, George and Lauretta moved to Kendal where they purchased a small farm one mile north of town.  After experiencing seven years of drought, they sold the farm and purchased the Odessa Hotel in 1961 and operated it for the next 36 years. While in Odessa, Lauretta and George were very active and respected members of the community. In 1986, they built their retirement home in Odessa while still continuing to operate the hotel until they sold it and retired in 1997. In 2011, they moved to Regina to be closer to their growing family.

Mom and Dad's love and affection for each other was infectious. Mom enjoyed Dad's mischievous yet innocent antics because they made her laugh. Mom was a hard worker and her support alongside Dad in operating the Odessa Hotel for 36 years was the backbone to its success.

She was a very skilled seamstress who could turn any piece of fabric into anything she wanted. Mom would make many fashionable outfits for herself and enviable designer-like clothes for her two teenage daughters. Her skills greatly contributed to the success of the Odessa's annual Ice Carnival. For many years she created countless carnival costumes for the Odessa Figure Skating Club. Mom was also a great cook. Her homemade hotel hamburgers and soup were a hit throughout the area. Mom was an active member of the CWL and Odessa's Holy Family Parish. She played the organ, sang beautifully and led the church choir for many years. Mom curled in local bonspiels and also went along on hunting trips with Dad and the boys.  She had a passion for gardening.  Flowers and plants would blossom under her care.

Mom's unending love and dedication to our family will be forever admired and respected. We were blessed to have such a beautiful mother whose heart overflowed with love and affection that we will never outgrow. She had a deeply rooted faith in God and devotion to the Blessed Virgin Mary. Mom prayed the Rosary daily, and like Mary, pondered things in her heart and trusted in the Lord. Attending Mass was a weekly priority and she made sure that we were all dressed to the "9's". Her grace, elegance and countenance as lived throughout her life were also evident during the past four months since suffering a stroke.

Mom bravely endured the health struggles and physical limitations that followed. During this period, she touched many caregivers who experienced her love, kindness and warmth amidst the trials and suffering which she graciously accepted to her very last breath when she was brought home to the place that she longed for and was created for.

Funeral Mass will be held at Resurrection Parish, 3155 Windsor Park Rd, Regina on Friday, January 14, 2022 at 11:00 AM. Father Rick Krofchek will be presiding along with concelebrants, Fr. Stephen Bill and Fr. Louis Abello. A private family interment will take place at the Odessa Cemetery.

We are deeply grateful for all the loving and compassionate care Mom received from Dr. Bester, Dr. Lavoie, Dr. Booker, as well as all the staff and caregivers at: SHA Home Care; Unit 5A-Regina General Hospital; Pasqua Hospital - Transitional Care Unit located at Pioneer Village; and Sunset Extendicare.

The Funeral Mass will be Livestreamed and can be found on the Resurrection Parish website at the following link:  https://livestream.com/accounts/17094656/events/10069322

COVID protocols of the Archdiocese and Resurrection Parish will be followed: Masks must be worn; Proof of Vaccination will not be required; Social distancing will be maintained and must be respected. For contact tracing purposes, the funeral directors will ask all attendees to provide their name and phone number. Current protocols may change prior to the funeral service.

In lieu of flowers, we encourage making a donation to the "Odessa Cemetery Fund", Box 29, Odessa SK. S0G 3S0.