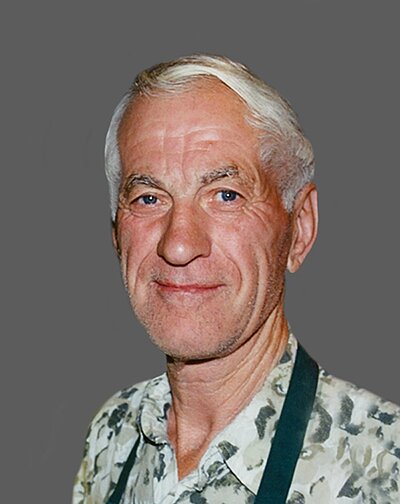 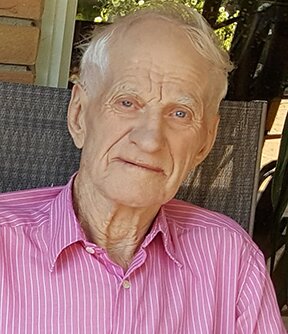 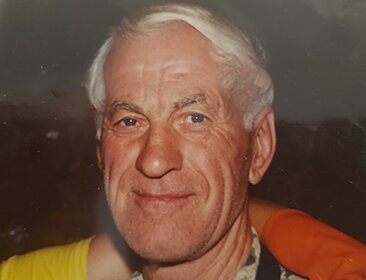 It is with great sadness and sorrow that we announce the loss of our father, John Klassen, who passed away peacefully with family at his side, on Tuesday, January 18, 2022 at the age of 93.

John was predeceased by his parents, Wilhelm and Helena Klassen, and his siblings, David, Nettie, Henry, Jacob, Peter, William, Isaac and Susan. He is survived by his children, Don (Joanne), Delores (David), Verna (Trevor) and Dale (Brenda), six grandchildren, one great grandchild and siblings, Helen, Mary, and George.

John was born on January 15, 1929, and grew up the eldest of twelve siblings on an Aberdeen SK. family farm. As a child, he enjoyed farm life complete with kids playing and also the many inevitable chores. He attended school in a one room school house and quite often (just for fun) would run the two and one half miles to and from school. Eventually, because of his fathers' deteriorating health, John ended up sacrificing his education to take on a guardian role in the family at the start of his teen years.

In his early twenties, due to his father’s passing, John took on even more responsibilities, which in addition to the regular farming activities, included building a new family house and a large hip roof barn with the help of some of the younger brothers. Although John had limited construction experience at the time, the house and barn remain standing and in good shape to this day.

After helping to raise his siblings and managing his Dad's farm, John got married in 1954 and began raising his own family and started his own farm. He would for the next 15 years or so continue with his mixed farming operation until he sold out and moved the family to Regina, SK.

In Regina, John began the next phase of his life. Here (for about ten years) he began working for a large seed and feed company, managing one of their warehouses, keeping the supplies and products well stocked and organized for his customers.

At age 50, John then transitioned to become the manager of a large high-rise apartment complex in Regina. After a few years, he took some educational upgrading and received his Fireman Boiler Operators' Certificate, which then allowed him to take on more responsibility as the apartment manager, and he continued in this position until his retirement at age 65. John loved interacting with the people in this complex so much, that he continued to reside there even after he was no longer managing it.

Following his retirement, and not one for being idle, John enjoyed going for coffee with friends and family and took up many interests, activities and hobbies. Gardening, volunteer work, walking, genealogy, wine making (which after corking, shrink wrapping and labelling the bottles, was virtually indistinguishable from LBS wine), ballroom dancing, swimming, diving, bowling and softball being just some of them. He loved the outdoors and liked being physically active, and bowled and played softball for numerous church leagues, always being a believer in his own personal relationship with his God, his whole life.

John enjoyed gardening for many years and was quite successful at it, having many bountiful harvests over the years. He would often have two garden plots (rented from the city) simultaneously, and try different methods of gardening, including experimenting with companion planting. He would share his produce with friends, family, and the tenants at the apartment complex, but would still have lots left over to donate to the food banks and food kitchens. Many people were the beneficiaries of his labours and John continued to enjoy gardening until his early eighties.

As much as John loved gardening, that was usually only done during the evenings and weekends, because during the day, he was volunteering full time, first at the Regina Food Bank, and then as a volunteer cook at the Rainbow Youth Centre in Regina. John was known for always greeting everyone with a smile and really liked interacting with the staff and youth at the RYC and continued to volunteer there till his early seventies.

Then at about age 72, John began volunteering at various Regina school libraries, repairing book bindings and assisting the librarians with various tasks. John remarked later, that whenever a class of young kids would come in, they would always put a smile on his face with their antics and comments. The librarians appreciated his work and as word got out, John was soon working at nine different schools per week. He would work at one school in the morning and then a different one in the afternoon, always walking from one school to the other regardless of weather conditions. On one particular winters' day, with a temperature of -52 with wind chill, he still walked thirteen miles to get to his two schools. He did say afterwards though, that probably half of those miles were spent walking backwards to prevent his face from getting frost bite. Friday afternoons were kept free to run his own errands and do his grocery shopping. It was also at this time, because of all the walking he did, that he set a goal of walking the circumference of the earth, approximately 25000 miles. Some days of the week, depending on how far apart the schools were for his routine that day, he would walk up to thirteen miles, so he accomplished this goal in somewhat less than ten years. John kept on volunteering with the different schools till his early eighties, but kept walking many miles and years after that.

John will be lovingly remembered by his family near and far, and also the many different people whose lives he touched and made a bit better for having known him.

At John's request, no funeral service will be held.