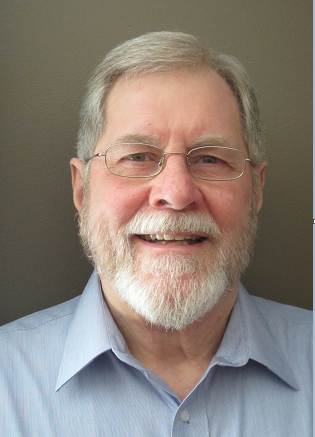 It is with great sadness that we announce the passing of Herman Otto Moellman. To his close friends and family, he was known as ‘Hermie,’ ‘Big Guy,’ ‘Gramps,’ and ‘Dad.’ Herman grew up on the family farm in Kronau, Saskatchewan. As a young person, he rode his horse to school every day, even in the harsh winter. He carried many of the life lessons, values and skills learned in youth forward into his life. Growing up on the farm, Herman learned to be mechanically-minded. He became the ‘go-to’ guy who could fix tractors on the farm, equipment on the job, and pretty much anything around the house and yard. Herman was also not one to waste. He re-purposed almost everything. Pill bottles became change holders and flexible lids became shoe horns. He saw a use for everything.

In his 20s and 30s, Herman enjoyed participating in curling leagues and tournaments in Regina. He also loved watching films from the ‘40s and’ 50s. Abbot and Costello, The Bowery Boys, and Ma and Pa Kettle were his favourite series. Herman was an incredibly hard worker. He enjoyed a career in sales with Good Host/Nestle spanning three decades. For much of this time, he continued to work the farm and raise a young family in Regina with his wife, Lorraine. In his later years, he shifted his skills to real estate, working with Re/Max as a realtor.  Herman loved people, and both careers let him shine in this regard. In his younger days, his clients often commented on his handsome looks, comparing him to Roger Moore in the James Bond films. That surely made him smile.

Herman was a good son. As his mom grew fragile, he prioritized his time and resources to ensure she could stay in her own home into her 90s. Herman delighted in his two children, Mark and Lisa. He was so proud of the families and lives they created. His love for his children ran deep and he took quiet pride in their accomplishments, big and small. And, Gramps was a patient, humble and kind grandparent. He was the kind of grandpa who really showed up. Whether it was his grandchildren’s games and dance recitals at home in Regina, or important milestone events in Boston, he made sure to be there.

Herman was also a dear friend. He was quick to lend a hand whenever needed. He always looked forward to lunch dates with his old pals, and welcomed a visit or a friendly chat on the phone. Hermie was a guy who loved a good joke. He was known for his undeniably contagious laugh (it sounded just like a tea kettle going off). The grandkids found grandpa’s unique laugh especially amusing—it always triggering peals of laughter. He was a one-of-a-kind son, father, grandpa and friend. Until we meet again, we love you Hermie.

Herman was predeceased by his Father (Otto Moellman), Mother (Emma Moellman) and his older sister Ruth (Stockle).  He remained in close contact with Ruth’s husband, Barry, from Oakland, California. They shared many wonderful visits over the years.   Herman is survived by his son Mark (Lisa) Moellman of Arlington, MA; his daughter Lisa (Chris) Kasick of Regina; his grandchildren Sam and Isaac Moellman, and Skyla, Kienna and Jevin Kasick; his brother in law, Barry (Stockle), of Oakland, CA, as well as several dear friends, cousins and extended family members.  The family would like to extend their heartfelt appreciation to everyone who has provided love and support to our family over this past week.  We are forever grateful and our hearts are full.  A celebration of Herman’s life will be held at Speers Funeral Chapel, 2136 College Avenue, Regina, SK on Tuesday, February 22, 2022 at 10:00 a.m.

Share Your Memory of
Herman
Upload Your Memory View All Memories
Be the first to upload a memory!
Share A Memory