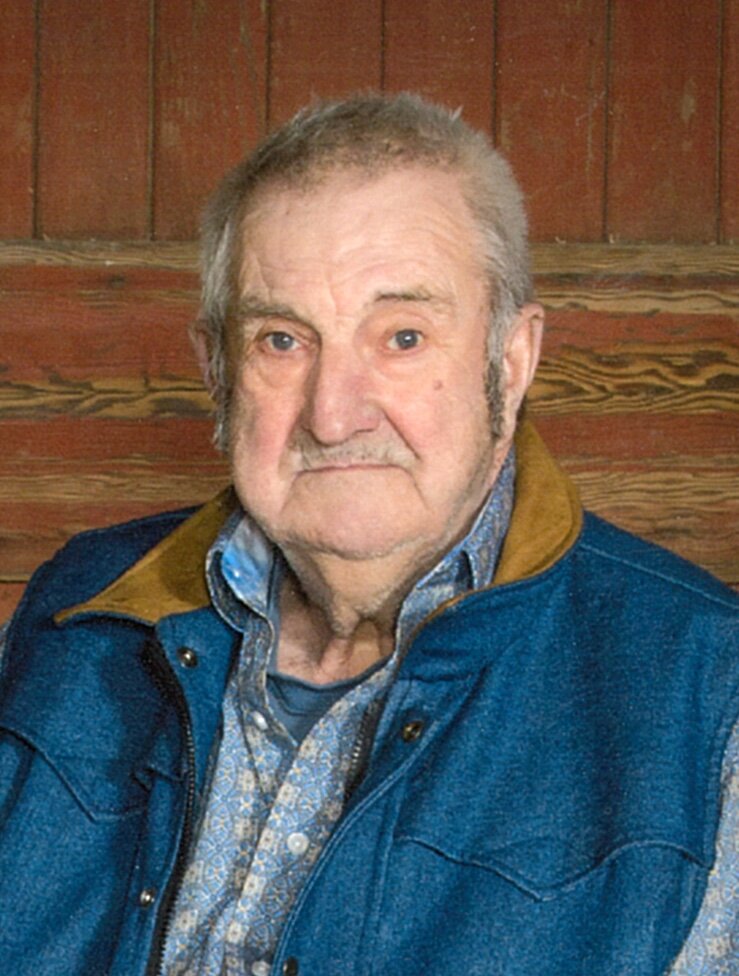 Alfred was born on November 16, 1941 and went to his eternal home on Tuesday, March 8, 2022 at the age of 81. He is survived by his wife of 55 years, Victoria; son Martin, granddaughters Zdena and Mowyn; and son Paul, grandchildren McKayla, Baden and Hunter. Alfred is also survived by several sisters and brothers-in-law; numerous nieces and nephews, great and double great nieces and nephews. He was predeceased by his parents Herman and Mary Sattler; son Herman; only sibling Elsie (Jack) Vilcu; and several sisters and brothers-in-law.

Alfred was born in Regina and resided in the Sherwood Municipality all his life. He attended grades one through eight at South Regina, located approximately an eighth of a mile from home. Alfred was required to go home at lunch to attend to his chores. Grade nine was acquired by correspondence so that he could stay home to help with the mixed farming operations. He attended Regina Central Collegiate High School for grades ten through twelve.

In 1959-61, he attended school of Agriculture. While attending university, he entered the Little Royal Winter Fair winning top awards. Alfred raised hogs to pay for his education. Cattle were his passion, purchasing his first purebred Hereford cattle in 1962 from Don McQuoid, Estlin, SK,  Lees Ranch, Arcola, SK, Davis Bros, Whitewood, SK and Justamere Farms in Lloydminster, AB. In 1963, with his hard work, Regina View Polled Herefords came into existence, becoming known for the quality of its herd. In 1975, the cattle operation was expanded with the establishment of Purebred Simmentals. In 1979, Regina View Farms came into existence encompassing all aspects of the grain and livestock operations.

Over the years, he exhibited at and supported several livestock shows and sales receiving ribbons, banners and trophies as a testament to the quality of cattle he produced. Alfred sold cattle across Canada, USA and overseas. His involvement in the livestock and agriculture associations indicated his commitment to the advancement of agriculture in Saskatchewan. He was a director for the Sask Stock Growers Association, Sask Cattle Breeders, Regina Bull Sale Committee and member of the Cattle Breeders Association. Alfred also spent much time promoting and encouraging events at the Sask Hereford Test Centre. He was a 4H leader for several years and served as judge at grain and beef shows in Saskatchewan. He also served on the church board at Grace Lutheran.

Alfred was an entrepreneur and was successful in developing the sliding hydraulic tables for the Versatile 400 swathers with the capabilities of cutting crops three ways. He also developed a drill fill to fill discers from the back of grain trucks. In his later years, he developed the Polled Texas Longhorns.

In recognition for his contribution to the community, Hereford and livestock industry, he was a recipient of the Sask. Livestock Association honour scroll and an artwork by Bernie Brown from the SE Hereford industry.

Alfred was a quiet man full of wisdom who walked his faith. He was baptized, confirmed and married in the Grace Lutheran Church in Regina which he continued to attend. Through the years, he has spent some time travelling with his wife and family to various locations in Canada and the United States, including Hawaii. Alfred and Victoria Bistretzan were married on October 15, 1966.

Funeral Service will be held at Grace Lutheran Church, 1037 Victoria Avenue, Regina, SK on Saturday, March 19, 2022 at 10:00 a.m.  Interment at Riverside Memorial Park.  To view the livestream of the service, please click on the link above. In lieu of flowers, donations may be made in memory of Alfred to 4-H Saskatchewan, 3830 Thatcher Avenue, Saskatoon, SK S7R 1A5.