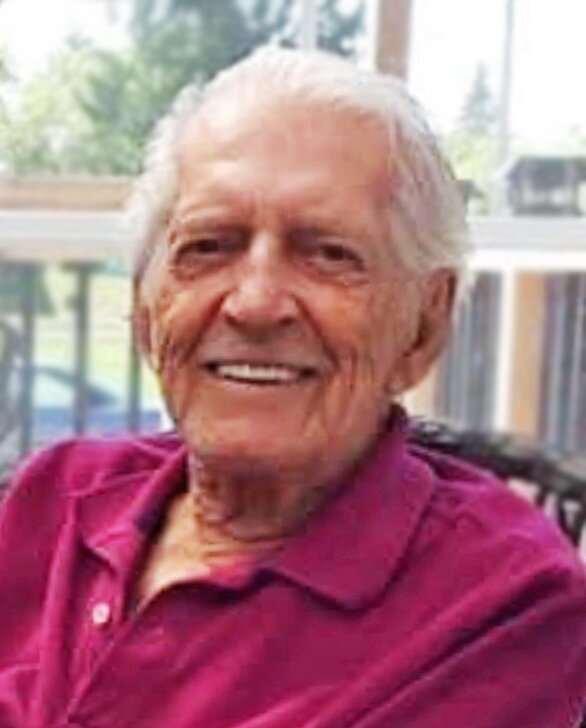 James Frank Buzash, late of Regina, SK passed away peacefully on Thursday, March 10, 2022 at the age of 91.  He was predeceased by his parents, Andrew and Anna Buzash; first wife Sophie Buzash (Sebastian) and his second wife, Frances Buzash (Greba); brothers, Albert, Arthur, and Frank Buzash; as well has his step-son Keith Korney. Jim is survived by his daughters, Dawne Buzash, Brenda Yeaman (Bill), and Joan Sievert (Lorne); stepchildren, Tracy (Clayton) Farebrother and Trevor (Tami) Korney; sister Betty Draper (Buzash), Steve (Irene) Buzash, and Ernie (Ann) Buzash; and numerous grandchildren, great-grandchildren, sisters- and brothers-in-law, nieces and nephews. Jim had many passions in his life and one of them was playing ball.  He was a great pitcher and played for many teams over the years, including Regina, Weyburn, and Niagara’s Falls. Jim also loved to hunt in his younger years and always reminisced about his black lab, Max. He would often mention how good of a hunting dog he was, but we also knew that was Jim’s “great canine companion”. Jim grew up with a strong Hungarian culture, which included the love of Hungarian food in which he was always cooking up paprikash chicken or a pan of Kocsonya’s in the kitchen. Clearly we knew his passion was Hungarian food.  Lastly, as a young boy, he was gifted a violin by his grandfather in which he learned to play and became masterful at learning Hungarian and other ethnic music by ear. Music was a big part of Jim’s life, which also included his siblings’ family orchestra, “Betty and her Brother’s Five”, which they earned a gold Record. His musical legacy will be that he was a talented, admired and respected violinist who loved to make people happy with his music. Special thanks to all the staff at the Pasqua hospital and palliative care unit. Funeral Mass for both James and Frances will be held at Little Flower Parish, 420 College Avenue, Regina, SK on Friday, March 18, 2022 at 10:30 a.m.