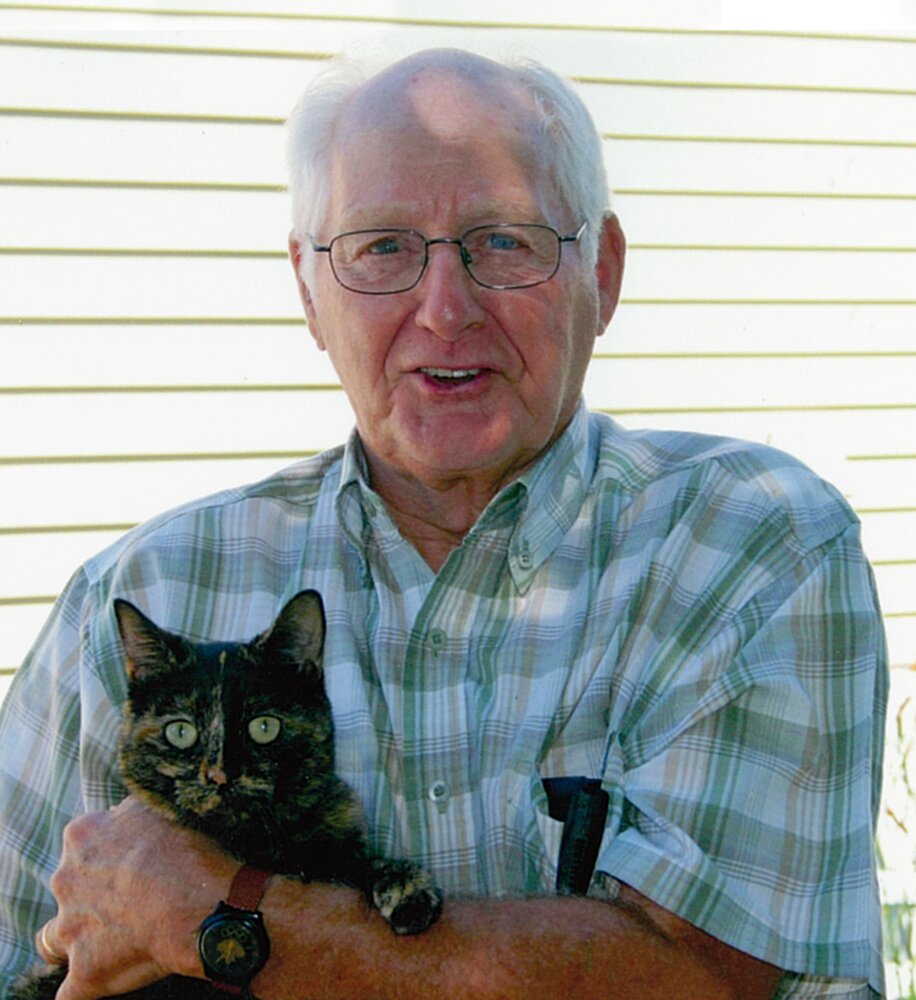 William (Uncle Bill) passed away peacefully on Friday, March 11, 2022, at the age of 92. His day was a good one filled with eating, visiting, dozing and Frank Sinatra singing in the background.

He was born in Regina on October 31, 1929, to parents Alice (O’Bee) and John Woods and lived here all his life. Bill married his sweetheart Helen (Gibbons) in 1958. Together, they shared their lives and love freely with others, including their cats, Twinkle and Callie. Bill and Helen loved to dance, ice skate, roller skate or drink coffee at Taco Time. Everyone was always welcome at their home no matter the time or day. For many, it was their second home.

Bill’s father passed away early in life, leaving his wife with five children. Bill cared deeply about his siblings and their families. Bill and his brother Doug worked at Western Machine and Engineering Company Limited for almost fifty years. Bill was a sheet metal worker. He golfed, bowled and liked to be “in shape”. Right up to his death, he recorded the number of laps he walked or the time he spent on his exercise bike. He always felt better when he was active. The Saskatchewan Roughriders were his “team” as a season ticket holder for much of his life. Upon retirement, Uncle Bill turned his attention to working with wood, especially bird houses. These were not ordinary bird houses, each reflected Uncle Bill’s artistic flair and love of colour and style.

Bill was predeceased by his parents; his siblings Evelyn, Jack, and Doug; his wife Helen; brothers-in-law Clive, Bruce and Myles Gibbons, Percy Bronson, John Elliott and Jim Loney; sisters-in-law Sonyia Bronson, Irene Gibbons, Anna and Marilyn Woods. Bill will be remembered by his sister Joan Elliott and sister-in-law Donna Gibbons. Uncle Bill was dearly loved by generations of nieces and nephews, friends and neighbours who all were important in his life.

At Bill’s request, a funeral will not be held. A private interment is planned. May we learn from Uncle Bill, take time to smile at your neighbour or a passerby, whistle when you walk, enjoy a sunny day, take time to look for a four-leaf clover, and be kind to others. Those wishing to make a donation, in memory of Bill, may do so to a charity of their choice.