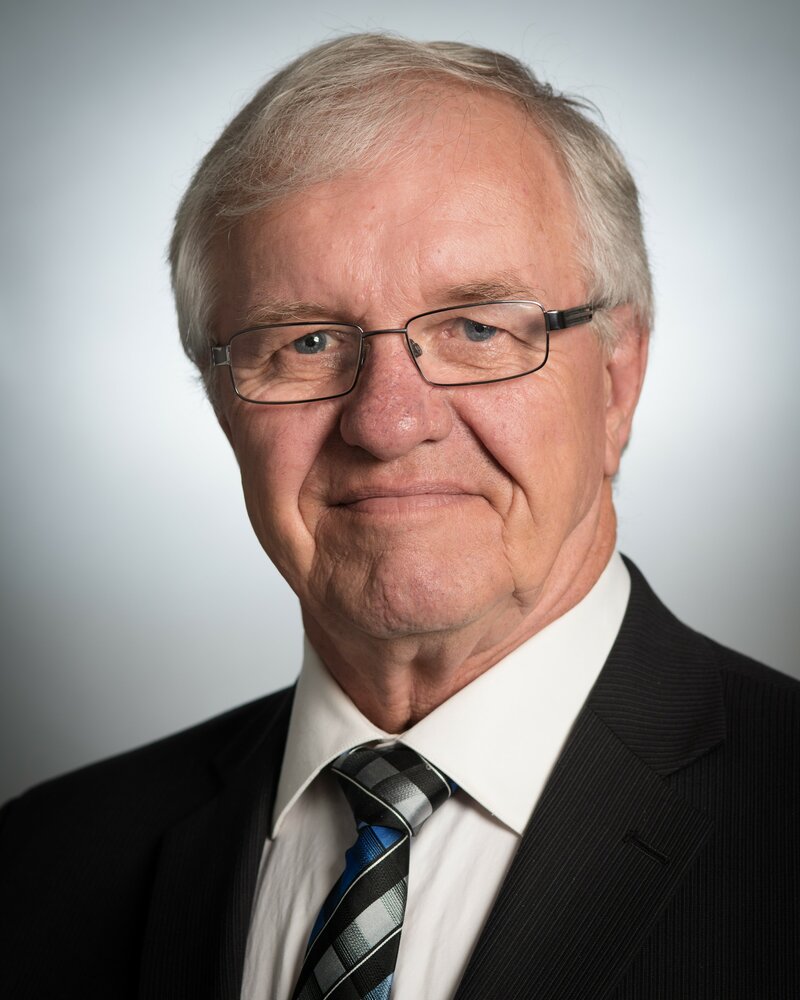 Terry was so fun! He knew everybody and gave his heart and soul to anyone in need. Terry was the first to raise a glass with you, and the first to sit with you when you were down. The world lost their most faithful Jays fan on Saturday, March 19, 2022.

You could often find Terry enjoying the ball game with great friends and family. Terry cheered for the Riders, St. Louis Cardinals and the Blue Jays. He loved a great card game, curling, golfing, bird watching and LOUD music!

Terry also had a love of farming and cherished his time at the family farm near Milestone. He was born in Weyburn, SK on September 18, 1946, the second of six sons born to George and Sylvia Sproat (George, Howard, Brian, Dean, Garnet). They moved to Milestone, where he attended school. He had the utmost respect for anyone in the farming community and cherished the many friendships he made there.

Terry left Saskatchewan briefly to become an army cadet and achieved cadet instructor commission. He was fiercely loyal and proud to serve and honour all veterans.

Terry later returned to his farming roots in Saskatchewan, where he worked for CIBC. He became a very proud dad to Kelsey and Heather, whom he adored. Terry made many beautiful memories at the farm and the lake, enjoying time and holidays with his family.

Terry eventually became a financial advisor with Mutual Life, Clarica and SunLife. His career was caring for and serving others and as such left a legacy of helping thousands of people in Western Canada. Terry’s gift of serving others and building relationships earned him a spot as a life member of the Million Dollar Round Table with over 10 years of membership, an achievement less than 1% of financial planners ever achieve in their career.

But Terry’s achievements reached far beyond his profession. He spearheaded physical improvements made to the palliative care unit at the Pasqua Hospital in Regina after his partner Myrna Swenson died of cancer in October 1991. Terry continued to volunteer with the Cancer Clinic by driving people to their appointments. As usual, he made many good friends who would request him by name.

The ugliness of cancer may have caused immense pain, but it was this pain that brought Terry and Pam together. As they supported one another through their shared grief of losing a spouse, their love grew and Terry married Pam Moffatt in December 1993. Together they traveled, golfed, played cards, enjoyed friends, watched their children have children and shared in the blessings of a beautiful life together. Terry became a very close friend, confidant and mentor to Stacey (Scott), Kim (Troy) and Joe (Krista) and all of their kids! Terry went “all in” and loved all of us with his whole heart. He loved spending time with Pam’s youngest son Joshua, watching the planes land at the airport, taking him for supper and watching the Jays!

Terry loved driving, visiting and celebrating, so he decided to be a limo driver. He got to meet so many interesting people… The Rolling Stones, Nellie Furtado, Michael Bublé… and The DoodleBops! He was one popular grandpa!

Terry’s grandkids were his pride and joy. He absolutely adored them and enjoyed hours upon hours supporting them in their activities and sharing laughs and good times while traveling the world. Terry had 14 grandchildren: Breanna, Kailee, Mackenzie, Melissa, Jessica, Stephanie, Sara, Mathieu, Samuel, Thomas, Jane, Caitlin, Emily, and Elizabeth, and two great-grandchildren: Kyden and Lennon.

Terry’s legacy is truly about his ability to enjoy people and bring everyone together. Your status in life was irrelevant. He just wanted to sit down and share a laugh with you. Some of his best laughs were with his best friends, many of whom will be sharing a laugh with him as they welcome him into Heaven: Sam Richardson, Jack MacDonald, Dave Kidby and Bayne Enick.

They’re probably enjoying a ball game right now, and the Jays will be winning of course!

Terry has quite a team waiting for him in Heaven, including his partner, Myrna Swenson, mother Sylvia, father George, brother Garnet, stepson Joshua, grandson Michael, sisters-in-law Isla and Diana, and nephews Dale and Justin.

Our hearts are broken as we say goodbye to one of the best men we have ever known. The pain of grief is excruciating, yet it’s the price for loving someone so deeply. Terry taught us all that no matter how ugly and painful life can be, there is beauty and pure joy to be found in the love of our family and friends. Love will always prevail.

A Celebration of Terry’s Life will be held at Regina Apostolic Church, 808 Assiniboine Avenue, Regina, SK on Thursday, April 7, 2022 at 2:00 p.m. Reception to follow at the Victoria Club. In lieu of flowers, donations may be made in memory of Terry to the Victoria Club, 1300 Victoria Avenue, Regina, SK S4P 0P1, victoriaclub@myaccess.ca  306-522-9765. To leave an online message of condolence, please visit www.speersfuneralchapel.com

Share Your Memory of
Terry
Upload Your Memory View All Memories
Be the first to upload a memory!
Share A Memory