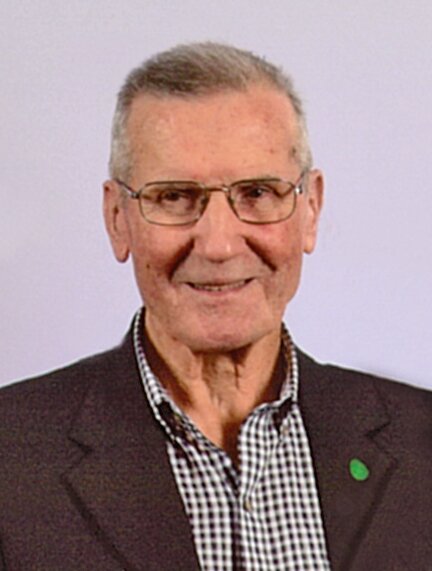 Our dearest and forever loving husband, father, grandfather, great-grandfather Louis passed away peacefully on March 18, 2022 surrounded by his beloved family.

Louis was born in Tegoborze, Poland in 1935 to Jozefa and Maciej. He spent his early years completing his education and was drafted into the army. In 1959, he met the love of his life, Bernice, whom he married in Canada, in 1961.

A top-notch tradesman and craftsman, Louis courageously came to Canada with very little. He worked as a painter and decorator for 25 years with the Niels Jensen Company. Together, he and Bernice built a successful life and have three children - Linda, Mark and Christine, the prides and joys of their lives. More beautiful blessings followed with five grandchildren and two great grandchildren.

Louis was passionate about his hobbies, golf, dancing, winemaking, playing cards, fishing, gardening, travelling, going to hockey games, cooking and creating wonderful memories with his family. Among his greatest joys was celebrating the closeness of his beloved family with regular family gatherings, shared laughter, good conversation and delicious food.

His passing came suddenly and brings overwhelming sadness to his family and friends who deeply feel his loss.

Louis was predeceased by his parents Jozefa and Maciej; and his brothers and sisters Stanislaw, Zofia, Jozef, Antoni, Maria, Stefan, Piotr and Stefania. He is survived by his brother Franciszek. Louis leaves to mourn his beloved wife Bernice; his daughter Linda (Larry); son Mark (Cathie); and daughter Christine; his grandchildren Nasha (Jordan), Marshall (Vy), Lauren (Chace), Jacob, Mackenzie and his great-grandchildren Mya and Sage.

We would like to extend our sincerest gratitude to the Pasqua Hospital Palliative Care staff, all the nurses especially Carolyn, Regina and Carmen, as well as Dr. Johnson and Dr. Moolla.

In lieu of flowers, donations to a charity of your choice are gratefully accepted.

Louis will be forever missed and always in our hearts.

Share Your Memory of
Louis
Upload Your Memory View All Memories
Be the first to upload a memory!
Share A Memory