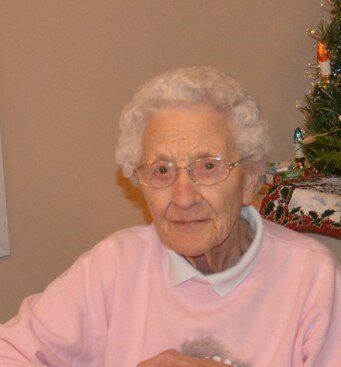 A heartfelt Thank-you to and appreciation for all of the staff of 3D and the Palliative Care Unit of the Pasqua Hospital.

Beryl was born May 17, 1924. Beryl attended Violette School initially, then later Balcarres school when the family moved into town.

Beryl enlisted in the RCAF 1943. She was discharged in 1946. After discharge Beryl worked as a clerk in various downtown Regina stores.

She married Alvin Stephens in 1952.

Beryl provided bookkeeping support for her husband Alvin’s Imperial Oil business. Beryl will be remembered for her love of family and friends and her bountiful garden. A private family interment will be held at a later date. Flowers gratefully declined. Donations in memory of Beryl may be made to the Palliative Care Unit, Pasqua Hospital.