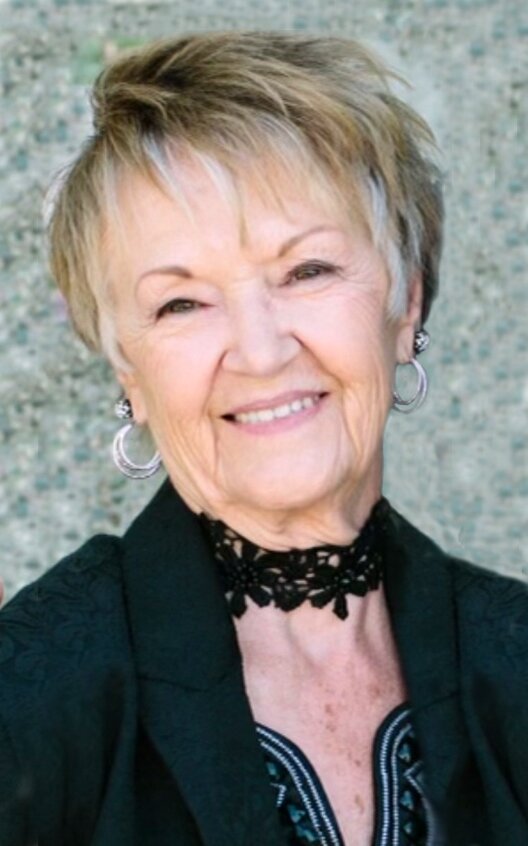 June’s wish was that there will be no service, but a “Celebration of Life” that will take place at a later date for family and close friends.  Interment to follow.  Family and friends so wishing may make donations, in memoriam, to the Alzheimer Society of Canada.

June was born on June 17, 1942, to Barbara Weber and John Henry Gibson.  They lived on a farm in the Macdonald Hills District north of Dysart, Saskatchewan.  June was the middle child of what to was to become a large family, six girls and six boys.  In her teens mom moved to Regina to live with her older sister Ruth and her husband Joe.  She ended up working at Buddy’s restaurant as a car hop/waitress where she met Courtney Wilcox.  On August 6, 1960, she married Courtney and they moved in with Court’s parents, George and Helen with Court’s sisters Bonnie and Linda.

In 1965 June and Court purchased their first home on Woodward Avenue where she would remain until 2018.  It was there where mom would raise her family, work as a hairstylist at Lakeview Beauty Salon and entertain her and Court’s friends on weekends.  June and Court were young and there young friends would frequently have Friday or Saturday night parties at their home.  During this time her children became very active in sports, Darren in hockey, baseball and football and Leanne in completive figure skating, which was a year-round sport.  June was an avid fan and at home coach.  She volunteered whenever she was asked for team fundraising events and was always present at every event, loudly cheering away.  June always believed that you could do better and hard work always would ensure success.

It was during those years of Leanne and Darren competing that June and Court met many lifelong friends that were so important to her and Court.  These friendships went well beyond the sporting seasons and along with friends on Woodward Avenue, Brenda and Wayne, Jerry and Cheryl, Joan, Sue, Marg and Lou were all such great friends. June so treasured these friends and remained close to them well after Court had passed away.

June was always there for her family.  When Leanne met and married Todd Strueby and his professional hockey career was starting out, there were countless moves all over the world, involving Leanne moving with a small family to a country where Todd had signed.  June would assist her with the long travelling itinerary and remain for a while to help set up a new house or apartment.  As her family grew with grandchildren, Josh, TJ, Brady, Matt and Brock she relished in having them all over to her house on Woodward, where there was lots of room to run and play.  As her grandchildren grew, she was a constant fixture at their sporting events or dance recitals.  Then came great grandchildren, Brooklyn, Tenley, Michael, Charlotte, Wyatt and Reese.

Shortly after Court retired from SaskTel his health failed and she lost the love of her life in 2004.  Some 43 years of marriage and a few years of courtship, left mom alone.  We don’t think she ever got over losing Court and it warms us to know that she is with him now.  June in the last 18 years was full of energy and always on the move doing something with her house, her yardwork and her painting.  She became a very respected painter and she loved it.  The Saskatchewan Kidney Foundation even commissioned one of her paintings as a fundraising print, which sold out.  June loved to visit her family and spend time with them.  She was very close to her sister Ruth and would always go for breakfast with her and Joe on Saturday mornings.  It was her second family and they always remained close never living more than three blocks apart since 1960.

In late 2018 and early 2019 June was diagnosed with Alzheimer’s.  Her mind quickly lost touch with the present and recent events, which meant that she could no longer be at her house on Woodward.  As the disease robbed her of her cognitive abilities she remained in good physical shape.  Walks in the mornings around her care homes were routine, which eventually became walks inside the care home as she slowed down.  She loved getting out and attending family meals and parties right up until the end.  June had the best of care at South Pasqua, Trinity Manor and finally Westhill Manor.

June was in a few words, a force.  She was self-educated and was never afraid to try to take on something new.  She was dedicated to her family and friends and could always be counted on.  Her family wishes to thank her close and distant family and friends, who have continually inquired about her these past few years.  She will be missed more than we can express and loved forever!