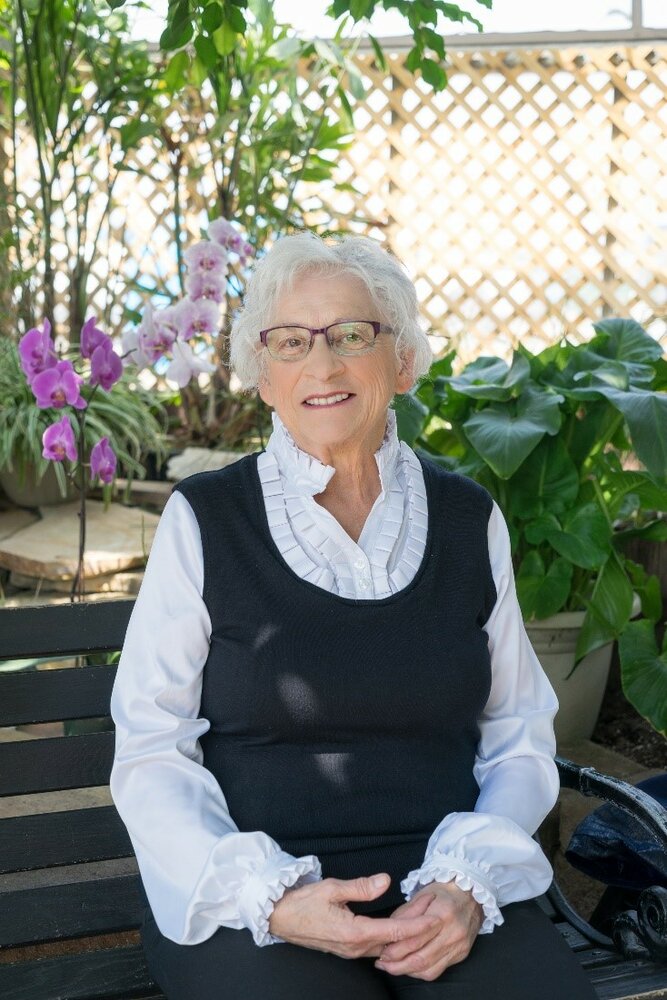 Obituary of Carol May Oxelgren

Carol May Oxelgren (nee Lucas) of Regina SK passed away on May 4, 2022 at the age of 85. She will be lovingly remembered by her daughter Lisa Moen (Darcy) of Regina; her grandsons Madison (Mikayla) and Skylar; her sister Joan Dolan (Tom); sisters-in-law Yvonne McKnight (Mariposa, CA) and Carol Oxelgren (Calgary); as well as nieces, nephews, cousins and friends.  She was predeceased by her father, Elmer Lucas, mother Vera Lucas, husband Stan Oxelgren, her daughter Connie Oxelgren.

Carol was born on November 17, 1936 in Mazenod, SK, the second of 2 children. She spent her early years in school in Burnaby BC, and near the farm in Mazenod before she went to Luther College in Regina to finish high school and graduated in 1955. Upon graduation she went to nursing school at the Regina General Hospital where she graduated in 1958. She then took time and attended Baptist Leadership Training in Calgary where she graduated in 1959 and which started a lifelong commitment to her Christian faith.  She worked with the Victorian Order of Nurses for six months in Ontario and six months in Manitoba before taking her diploma in Public Health in 1961 in Saskatoon, which was where she focused her career in nursing. She returned to Regina where she met Stan Oxelgren as a blind date set up by Yvonne McKnight his sister (nee Oxelgren) and they went to a Regina Rough Rider game. They married in 1962 at First Baptist Church in Regina. Stan’s job took them to Grenfell, SK working for the Coop where their first daughter Connie was born in 1964. Connie had a rare neuromuscular condition and Carol was an advocate for her daughter from the beginning. Carol sought out medical advice for diagnosis and raised Connie at home, where her and Stan did the attendant care and raised Connie to be the independent women she turned into. After Grenfell, they moved to Govan before eventually settling in Regina where their second daughter Lisa was born in 1967. Her husband Stan was politically active and served as a City of Regina Alderman for several years and ran provincially in the 1982 provincial election. Carol was supportive in his endeavors and spent many hours attending political events during those years. They were long-time members of First Baptist Church in Regina where she made many spiritual connections and long-lasting friendships. In addition, they took up square dancing. Carol was a public health nurse in Regina area schools. She took some time away from public health nursing and graduated from the University of Regina in 1986 with a Bachelor of Education. She however returned to public health nursing and made many special friends in public health over the years and retired at 60. In early retirement, Carol started a new hobby painting and experimented with different forms. Carol spent her between Regina and in Ottawa. She was a devoted grandmother and treasured her grandsons in Regina spending countless hours watching them in their sporting endeavors or school activities, band concerts or helping them with homework. She also spent time visiting with her sister Joan (Dolan) and their families and numerous friends she had built over the years from nursing and the Baptist church. She enjoyed exploring with her daughter Lisa to many different places in Canada and the US including Quebec, PEI, New York, Arizona, Florida and Hawaii. Carol made several trips to Ottawa to spend time with Connie. She made many special friends in Ottawa and fellowship with other Baptist churches. Carol had a battle in the past few years with tongue and neck cancer having a few surgeries and immunology and even made the journey to visit Connie with the help of her other daughter during the pandemic. After Connie’s funeral in Regina in February 2022, Carol’s health deteriorated, and she was hospitalized until her death.

Memorial Service will be held at First Baptist Church, 2241 Victoria Avenue, Regina, SK on Friday, May 13, 2022 at 1:00 p.m. The service will be livestreamed with a link on the church website, which can be found at: https://firstbaptistregina.ca/. Interment will follow at Riverside Memorial Park where Carol and her daughter Connie Oxelgren will rest.

For anyone wishing to make a donation in her name it may be made to: the Ottawa Neuromuscular Centre at the Ottawa Hospital, 1053 Carling Avenue, Ottawa, ON K1Y4E9. This is a leading clinical research center established to improve the diagnosis and care and develop innovating therapies for adults and children with neuromuscular diseases.