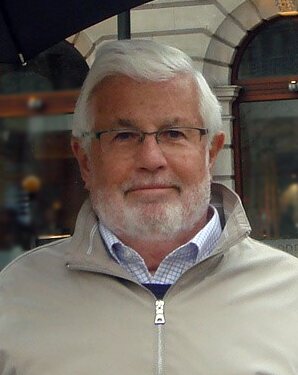 It is with great sadness that we announce the passing of Dr. Robert "Bob" Walker on Sunday, June 5, 2022 at the age of 84 years.

Bob was predeceased by his parents, Gerald Walker and Frances Walker (nee Murray) and his brother, Gerald (Joe) Walker (Colleen).

Bob will continue to be lovingly remembered by his wife of 58 years, Margot Walker (nee Hammond); his children Kim Walker and Mike Walker (Lindsay); his grandchildren, Kolby, Mack and Brielle; and his nephew, Gerald Walker (Angela, Cassie and Caley).

Bob met Margot, the love of his life, in Algonquin Park in 1961 and they married in Mickleham, England in 1964.   Both Kim and Mike were born in Logan, Utah and raised in Guelph, Ontario.   Bob started his career as a Professor of Wildlife Biology at the University of Guelph.   He pursued his interest in the environmental field by heading the Ontario Hydro Department of Environmental Protection, moving to the Regina in 1982 to work for the Saskatchewan Department of Environment and later becoming the Vice-President of Environment for SaskPower.  Bob spent 3 years with IUCN/CIDA in Islamabad, working as an advisor for the Pakistan Government’s Department of Environment.   In 2000, Bob retired and moved to Ascot, England with his wife to care for her parents.  Following a cherished 3 month world cruise in 2004, Bob and Margot returned to Regina, to live near Kim and Kolby.

Bob was an academic who loved the outdoors, wildlife, and travelling.  He loved sports, especially golf and the Toronto Maple Leafs.   His love for the game of golf started as a member at the Weston G&CC and continued as a member at the Royal Regina GC and long-time member and Board Director of the Wascana Country Club.   Bob taught both Kim and Mike to play golf and proudly loved following their golfing accomplishments and careers.

Bob had spent the last 2+ years courageously battling numerous health issues while under the care of the amazing staff at the Wascana Rehabilitation Centre for whom we will be eternally grateful for their love and support of him.  To all of us, Bob was so much more than just a husband, father, grandfather and Bubba…he was a friend, a confidant, a teacher and a one-of-a-kind intellect who had an amazing gift for putting things in perspective and helping to find a solution to any problem.   He loved unconditionally and always listened patiently, without judgment.

No funeral service will be taking place pursuant to Bob’s wishes.

Share Your Memory of
Robert "Bob"
Upload Your Memory View All Memories
Be the first to upload a memory!
Share A Memory