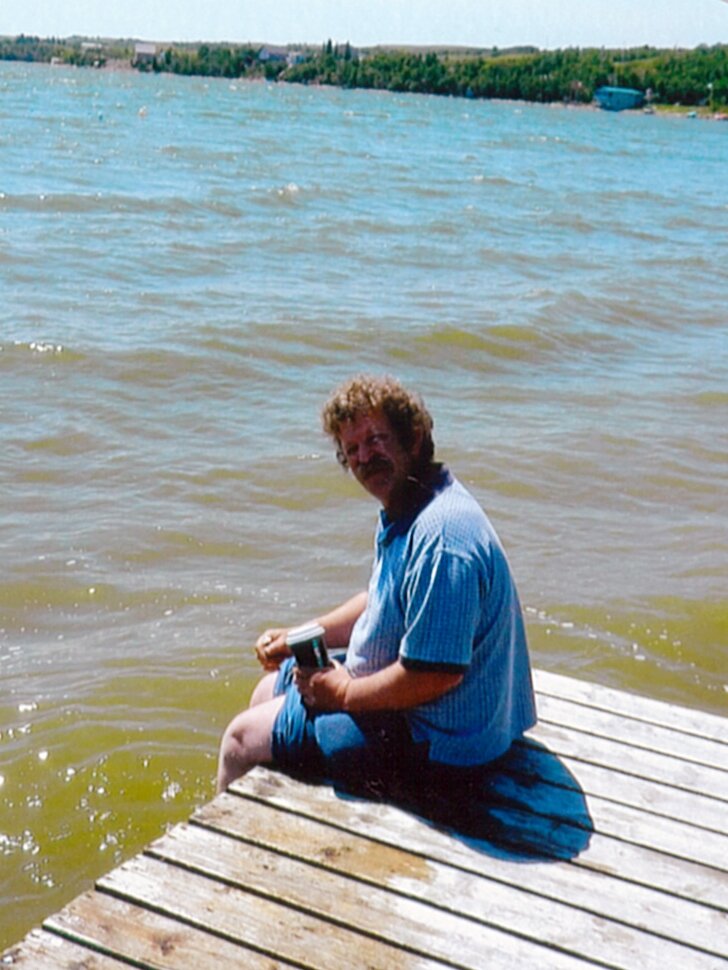 Richard “Rick” Thomas Baron, age 65, late of Regina, SK, ended his courageous, well fought battle against cancer on Monday, June 6, 2022 with his family by his side at the Pasqua Hospital. Rick was born on July 1, 1956 in Vancouver, BC to Elenore Susan Baron (née Kelsey) and William “Bill” Keeble Baron.

In 1962, Rick’s parents, along with him and his brother David, moved to Regina. Rick’s sis Rilla stayed in Vancouver, as she had just married David Blancard.

Rick attended R.J. Davidson elementary school and Thom Collegiate for his high school years. As a young adult, just out of school, he joined the Regina Rifles and spent numerous years carrying out the required duties of a soldier. Rick attended SIAST in the late 1980’s and earned a welding certificate, which he used for his career in the trades. He took pride in his welding abilities. Many people said if Rick welded something, it wasn’t going to break. He also spent a couple of years coaching a minor hockey league, which he found challenging but rewarding.

Rick and his wife of 35 years, Belinda, had two children, Chris and Ashleigh. He always ensured that his children had the best birthdays and Christmas’s. Rick always made sure they had a new bike for summer fun. He also loved Christmas and for 35 years, he would go and search out the best real Christmas tree, right up until this past December. Everyone always loved the tree and expected nothing but the real thing. Between Rick and his sis Rilla, whoever answered “Christmas Box” first on Christmas morning would owe the other one a Christmas present.

Rick’s four grandchildren William (Liam) Chorney, Evolet, Maddex, and Nico Woytiuk each had a special place in his heart. He always kept a watchful eye over each of them.

Rick had a big heart that just knew you might need a hug and some encouragement, or your tire changed.

His brother David taught him how to fish when he was just a young boy. That started his lifetime of a passion for fishing. Rick and Belinda shared many fishing adventures, catching Walleye and Perch. He had quite a collection of fishing tackle and gear. His favourite stores were Cabela’s and Pokey’s. Rick’s motto was “a man can’t ever have enough tackle”.

Rick was a very faithful B.C. Lions fan. His sis said he went to his first game at the age of 3 years. He never missed a broadcast of his beloved B.C. Lions and loved the CFL itself. Rick was also a great fan of the Toronto Blue Jays and had a couple opportunities to go and see them play.

He was predeceased by his parents Elenore and William Baron; grandparents Kelsey and Baron; brother David Baron; mother and father-in-law Marjorie and Edwin Brink; sister and brother-in-law Bev and Del Lengyel; aunts and uncles; and his faithful Dog Bella, who was 12 years old when she died suddenly on March 23, 2022 after a walk to the park.

Best friend, husband, father, grandpa, brother, and uncle, there will never be another like Rick. We will miss your crazy sense of humour, your competitive nature, compassion, and loving kindness. Rick had a love for our Lord Jesus Christ and why he died on the cross for all of us. He accepted Jesus as his Lord and Saviour (John 3:16)

2 Corinthians 5:8: We are of good courage, I say, and are willing rather to be absent from the body, and to be home with the Lord.

Thank you pastors Terry and Terri Murphy and everyone that prayed for Rick. He told Belinda many times how thankful he was for those prayers. Thank you to all the staff on 3B and the emergency department at the Pasqua Hospital; your kindness will never be forgotten. Dr. Ferguson and Dr. Iqbal, social workers, nurses, and all staff at the Allan Blair Clinic, thank you for the care of Rick over the past 14 months.

In August, at a lake that he loved to fish, a celebration of Rick’s life will be held for friends and family.

Share Your Memory of
Rick
Upload Your Memory View All Memories
Be the first to upload a memory!
Share A Memory