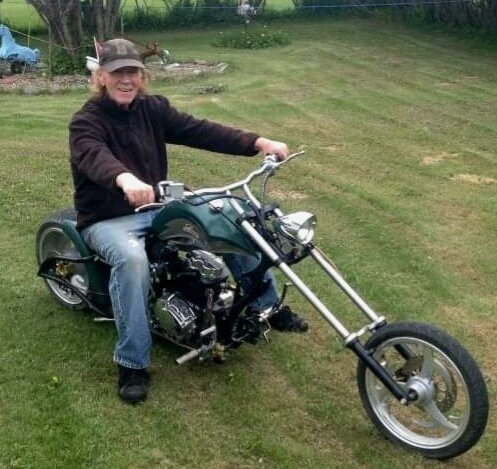 Carl remembered spending quality time with his father, whom he lost at a young age. He always took notice of his mothers strength and determination and described her as the strongest woman he had ever known. Carl was a man with hard working hands and he developed a passion for cars at a very young age which he passed down onto his sons.

Carl and Judy have a love story that sent them on life adventures from province to province, all the while meeting many beautiful people and life long friends. In the winter of 1980, their family of three relocated to the Yukon where they resided until 1985 when the decided to move back to B.C. with their family of four Carl became employed with B.C. Rail. The family re-located again to Quesnel, B.C. and Carl continued his job with B.C. Rail. During the late 90’s the family decided to move once again, only this time their journey took them to Saskatchewan where they have resided ever since.

Carls life got so much fuller when his grandbabies were born. They gave him a new reason to smile, which kept him feeling younger. He spent most of his best days with his family. We all hold a special part of Carl in our hearts. Time wasn’t in our favor, but we get to hold onto the memory of this great man forever! Our world won’t be the same without him, but heaven needed him more than we did. We will be forever thankful for the many beautiful memories he gave us.

A celebration of Carl’s life where friends and family can reflect on the influence he has had on each of our lives, will be held at 502 Coteau Avenue, Pangman, SK on Thursday, July 14, 2022 starting at 2:00 PM.

Share Your Memory of
Carl
Upload Your Memory View All Memories
Be the first to upload a memory!
Share A Memory