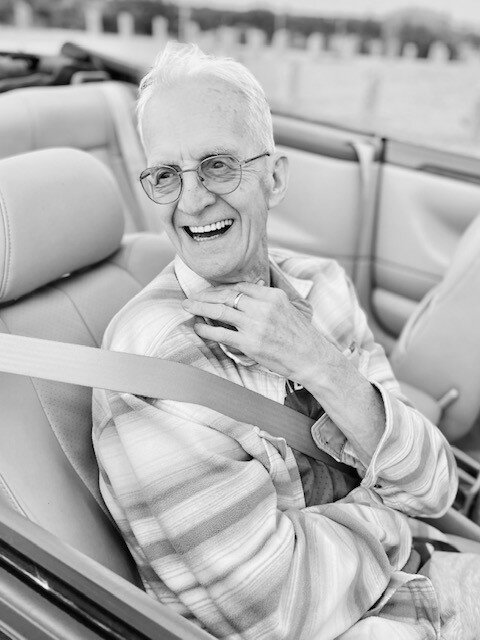 Please share a memory of Barry to include in a keepsake book for family and friends.
View Tribute Book

Barry Bryan Peel of Regina, Saskatchewan passed away on June 24, 2022, at the Regina General Hospital at the age of 82, due to complications from multiple chronic medical conditions.

Barry was born in January 1940 in Winnipeg, Manitoba to his parents Bryan and Violet Peel. He was the eldest of seven children – and commanded all the personality traits you would expect of the eldest child, to his last days. Those traits advanced him on an independent and ever-hardworking life path, from the young age of 16 fighting forest fires, working for the OPP throughout his 20s, then joining up with his siblings on the west coast to start what would be a lifelong career in forestry management – and a lifelong love for forests, wildlife, and the outdoors.

While working and living in Gold River, he met the Love of his Life, Beverly Jukosky. They married in 1978 and started a family soon after, first living in the small coastal village of Zeballos and then moving as work opportunities (first Barry’s, then Beverly’s) brought them to Vancouver, Victoria, Meadow Lake, Saskatoon, Winnipeg, Regina, Prince Albert, Stony Rapids, and finally back to Regina. Through the decades and all of life’s beautiful and terrible and mundane eventualities, they remained an adorably in-love and devoted couple.

Barry is remembered by family, friends, work colleagues, and even by people who may have met him only briefly, for his honesty, his integrity, and his strong-willed nature - matched in later years by his most gentle demeanor. While socially he was private and reserved, Barry was genuinely interested in each person’s story, thoughts, and deeds. He treated everyone he met with honor and respect, no matter their circumstance, no matter their position on any political or social, or cultural spectrum.

All of those qualities aside, Barry would most want to be remembered as a loving and supportive husband, father, and grandfather. While his last years were shadowed by failing health and the effects of Alzheimer’s, he remained focused on the love for his family, and he never wavered or forgot that love.

Barry is survived and dearly loved by his wife of 44 years, Beverly; their children Alyssa (Cameron) Melnyk, Kyla Peel (Foster Weisgerber), and Bryan (Jayme) Peel; and grandchildren Gabriel and Leo Melnyk and Violet Peel. Barry is also survived by his brothers Kevin Peel (Agatha Banas) and Terry Peel, and sister Colleen (Terry) Robertson. Barry leaves behind and is sorely missed by his devoted feline friend, Sisko. He will be deeply missed by all who knew and loved him.

Share Your Memory of
Barry
Upload Your Memory View All Memories
Be the first to upload a memory!
Share A Memory