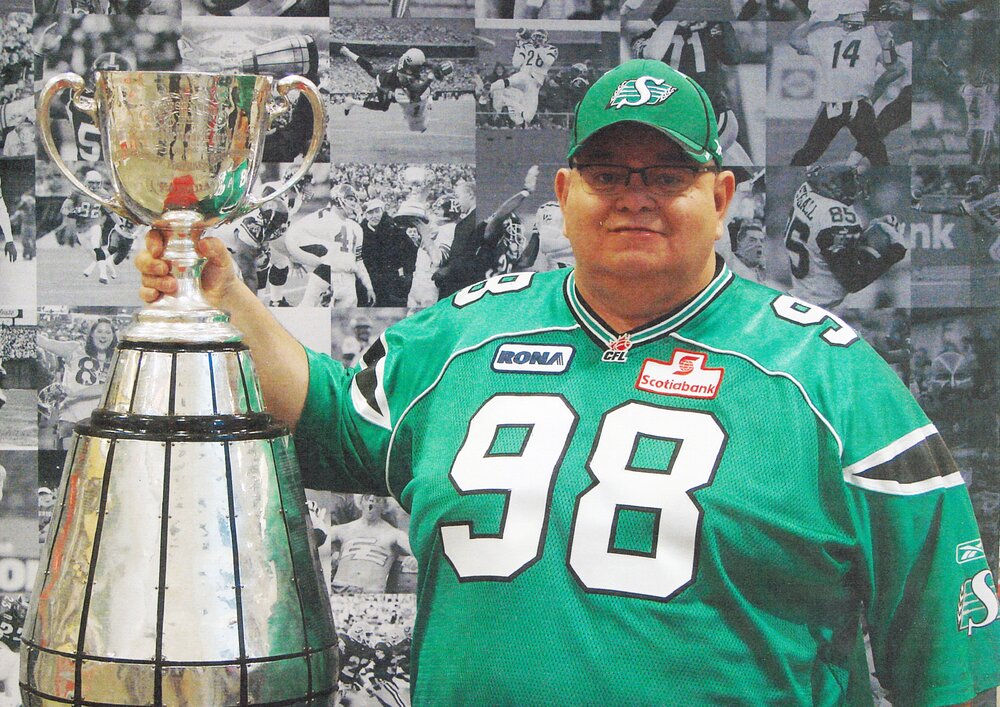 Cal enjoyed camping and fishing, tinkering, fixing, and racing cars. In his working life, he drove semi, owned a Mac Tool business, and he had a sports memorabilia business with Melody called Geran Sports. Cal was a salesman in various locations including Regina, Saskatoon, Edmonton, and for the past 22 years at Trail Appliances in Calgary.

He attended Regina and Rouleau schools. Cal was an avid Saskatchewan Roughrider fan. His man cave in Langdon, AB was second to none. In addition to being a Rider fan, he loved the Washington Capitals, New England Patriots, and Toronto Blue Jays. Cal was a true sports fan. In his younger days he enjoyed playing sports, especially hockey. Cal became an accomplished hockey referee, even doing games in the SJHL. He very much enjoyed growing up in Glenn Harbour on Last Mountain Lake where he spent his summers at their cottage.

Cal will be remembered for his kindness and generosity, as well as his quick wit and a great sense of humour. It gave him pleasure to make people laugh.

A gathering of family and friends will be held at the Hungarian Cultural and Social Club, 1925 McAra Street, Regina, SK on Monday, July 11, 2022 at 2:00 p.m. Interment will be held at a later date.

Share Your Memory of
Calvin
Upload Your Memory View All Memories
Be the first to upload a memory!
Share A Memory