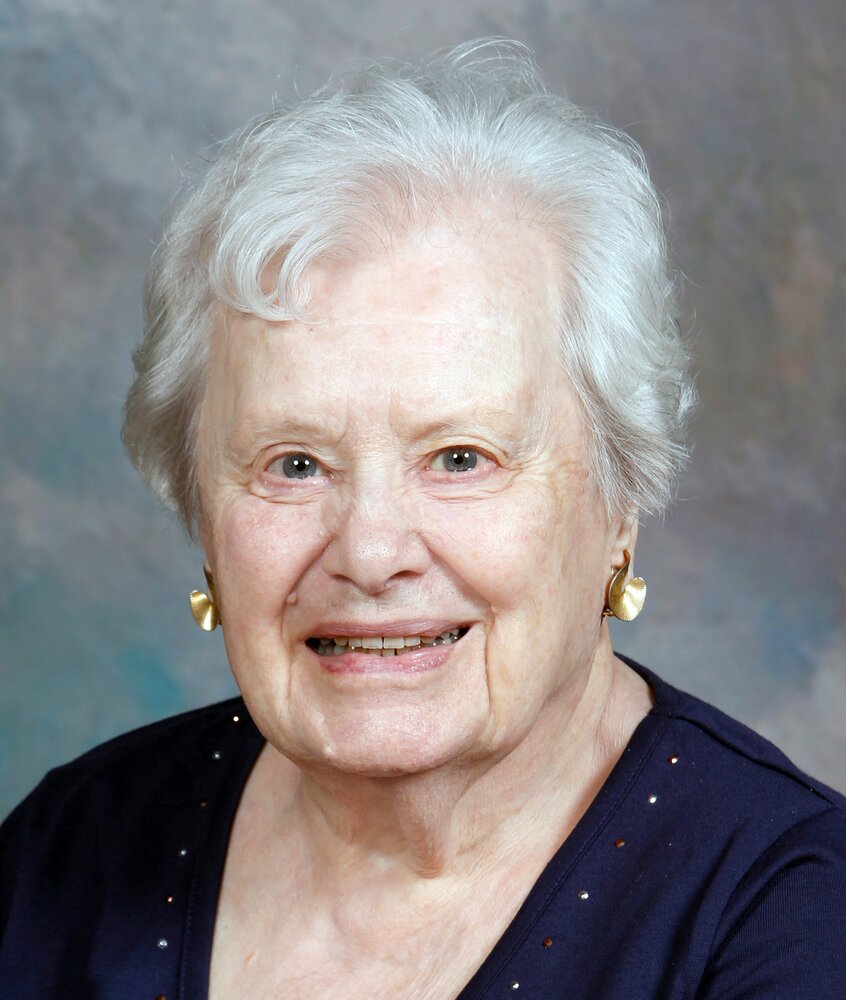 PLEASE CLICK HERE TO VIEW THE LIVESTREAM OF THE SERVICE

Dorothy Elaine Bray (nee Wilkinson) was born near Yellow Grass, SK to Victor and Ruth Wilkinson. After growing up on the family farm, she attended Balfour Technical School in Regina and worked as a secretary. In 1944, Elaine moved to Saskatoon to work for the Dean of Commerce at the University of Saskatchewan. On August 31, 1949, she married Rev. Jack Bray. Together, they served United Churches in Wapella, Colgate-Goodwater, Lang-Milestone, Esterhazy-Tantallon, Kindersley, and Westminster United Church in Regina. As well as staying at home to raise their 3 children, Elaine provided important service and support for Jack’s 40+ year ministry. In 1987, Jack and Elaine retired to Regina and in 2011, they moved to Wintergreene Estates. After Jack’s passing, she moved into Haven House at Wintergreene Estates. Elaine’s church involvement was very important to her. In the 1940’s, she was active in the United Church Young Peoples where she met Jack. Throughout her life, she was involved in the United Church Women and sang in church choirs. Elaine was also a member of the Order of the Eastern Star. She is survived by her children, Miriam (John) van der Est and their sons, Paul (Erin Gillis) and Adrian; Victor (Arlene) Bray and their sons, Andrew and Patrick and step-children Steven, Shelly, Carrie and Amy; Deanna (Victor) Zak and their daughters, Lora (Chris) Camp and Megan Zak; 5 great-grandchildren; brother Don Wilkinson (Weyburn); sister-in-law Arlene Bray (Calgary); and several nieces and nephews. Elaine was predeceased by her husband Jack (2016); infant son Victor John (1955); her parents and parents-in-law; brother Bus/Audrey Wilkinson; sister-in-law Dorothy Wilkinson; and in-laws Lloyd/Laila Bray, Wes/Betty Bray and Tom Bray. A private family Graveside Service will be held on Wednesday, July 27, 2022, with a Memorial Service at a later date. In lieu of flowers, memorial donations may be made to Westminster United Church, 3025 13th Avenue, Regina, SK S4T 1P1.