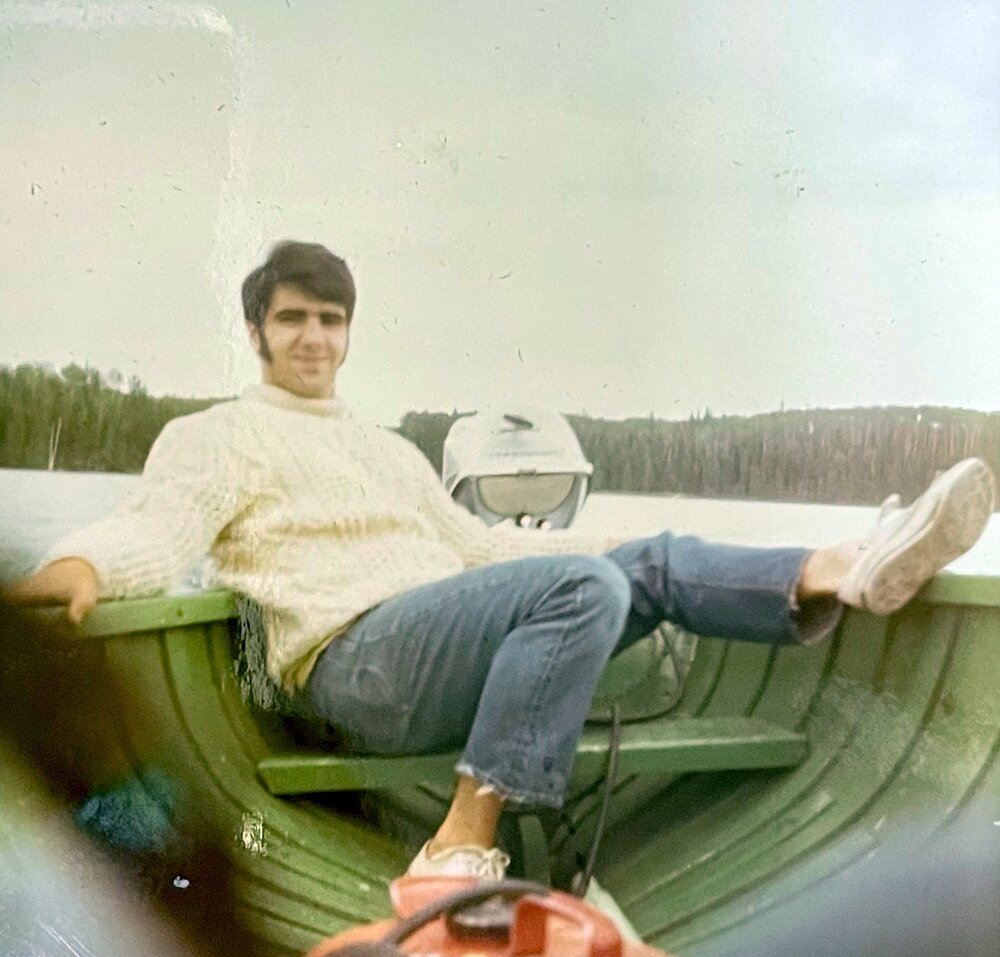 Please share a memory of Rodney to include in a keepsake book for family and friends.
View Tribute Book

The Day Thou Gavest, Lord, Has Ended

Rodney Michael Korness, a spirited, inquisitive, chatty man, a man of faith, a person who could repair pretty much anything, who believed in hard work and integrity and in learning as much as he could about whatever interested him, died on Wednesday, August 3, 2022, at the age of 75 years after several years of health challenges. Rod was born May 8, 1947, in Balcarres, Saskatchewan to Anne (née Osiowy) and Mickey Korness and spent his life in Regina and area.

Deeply curious, he once said he didn’t understand people who didn’t talk to strangers. Rod chatted with everyone, and his wife, Valerie, often ended up waiting in the car while he got someone’s life story. He was himself a storyteller, and loved to preside over conversations, joke, and share his findings and observations.

After a rewarding thirty-year career at SaskTel, Rod chose early retirement, but that didn’t mean sitting around. He and Val purchased a concrete cutting and coring business – a business neither knew anything about – and they worked hard together as entrepreneurs until their son Ryan assumed ownership in 2014.

Rod was a fixer. He built things – including acting as general contractor for three houses – and puttered in his shop where he had not one, not two, but ten of everything “just in case.” Whether he could find what he needed or not was another question, one often asked by Val, who rolled her eyes and smiled when he’d head out to pick up another tool and – just as important – make the rounds of the local businesses where he was often invited in for a visit.

If you asked, Rod might have said one of his greatest joys was the family’s move to a quarter section outside Regina. He and Val worked hard and established a beautiful homestead, Rod carefully considering how to place the house so the sun would hit just right. Rod and Val planted (and watered and weeded) over two thousand trees, acres of grass, flowers, and gardens; creating a beautiful sanctuary on what was once open prairie. He loved the quiet of the country, and while he didn’t farm the land, he was interested in all aspects of agriculture even after he and Val moved into Regina in 2018.

Rod and Val travelled over the years, spending time in Oman with friends, and Rod was happy to share this special place he loved with his son Jon. It seemed he found a second home in the souqs, and he enjoyed wandering the markets and seeing land and cultures so different from his own. Rod holidayed in Mexico with his daughter’s family and, of course, knew many hotel employees by name at the end of the week.

His creativity, his love of debate, his enthusiasm for knowledge – Rod could be tough sometimes, as the unequivocal nature of his outlook and opinions left little room for nuance. But everything he did and everything he believed derived from his hopes he could smooth the path for his family, and it is with love and gratitude they remember and miss him.

He died shortly after being admitted to the Pasqua Hospital, and while his death was not unexpected, it still came as a shock to the family who had witnessed this tough old bird rally time and time again. The family is grateful to the paramedics, emergency staff, nurses on 4B, and the warm and generous physicians who cared for Rod over the years.

Share Your Memory of
Rodney
Upload Your Memory View All Memories
Be the first to upload a memory!
Share A Memory