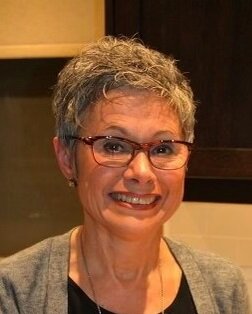 Born January 2, 1955, Jane was raised in a humble catholic family. As a young girl she enjoyed spending time with her friends and sisters, swimming, golfing and other sports. She graduated from Marion High School before attending the University of Saskatchewan where she earned her Physiotherapy degree and later returned for post-graduate studies. Jane dedicated much of her life to her work as a Physiotherapist. She opened her own practice in 1995 and enhanced the lives of so many patients over her 25 years in business. Jane’s happiest place was outside, nurturing plants and spending summer days at Lumsden Beach.

In 2019, Jane was faced with cancer for the second time. She was determined to understand her disease and never lost the will to get out of bed each day. Jane advocated for the best treatment for herself, which included a rush trip to Florida made possible by the army of people who donated through gofundme and supported her journey in many other ways. She was overwhelmed and so encouraged by the support she received.

Above all, Jane lived to be a mother and grandmother, and will forever be remembered for her ability to be present for her family, build a loving home, and plan a meal.

Funeral Service for Jane will be held at Holy Family Parish, 1021 McCarthy Blvd, Regina, SK on Friday, August 12, 2022 at 10:00 a.m. In person attendance is encouraged. Livestream available for those who cannot attend in person. Donations in Jane’s name may be made to the YWCA at https://ywcaregina.com/janewelsh/

Share Your Memory of
Jane
Upload Your Memory View All Memories
Be the first to upload a memory!
Share A Memory