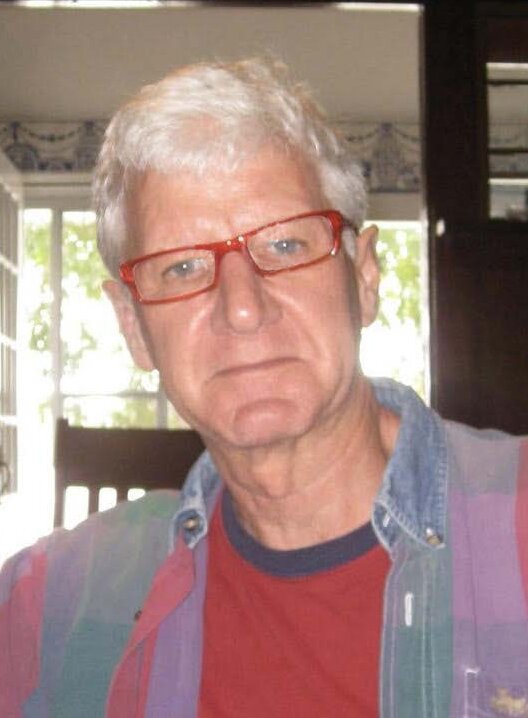 Please share a memory of Bob to include in a keepsake book for family and friends.
View Tribute Book

Bob died peacefully in his sleep, no trauma, no stress, on August 24, 2022. On May 15, 2022, as he was completing his daily lake circuit with his Echo Lake cycling group, Bob experienced a massive heart attack, followed by several weeks of hospitalization interspersed with several weeks at his Echo Lake home.

Bob had a good and very interesting life. A popular teacher at Campion High School, Dr. Martin LeBoldus High School, Miller Comprehensive High School, and Store Front in Regina, and at Bert Fox High School in Fort Qu’Appelle, a quick scan of Bob’s Facebook account shows regular personal interactions with former students – and now friends – who graduated over forty years ago. Bob was a teacher who was known to his students as someone who cared deeply about them and his ongoing relationships with them provide the proof. As an example of his involvement with his students, at Miller he was always a ready volunteer to have his hair dyed funky colours for the Cosmetology students. Many of Bob’s fellow teachers became his lifelong friends.

Bob loved to travel and make new friends. His travel planning sometimes led to unexpected challenges and accommodations. Finding a great bargain was a true joy for Bob. He could endure the 24-hour party central noise of a Dublin hostel, the cacophony of an Acapulco neighborhood rife with roosters, a dingy London hotel in a great location, the stifling August heat of a Boston student dorm with no A/C but “a great deal.” He did accidentally(?) book a very good hotel in Cuba a few years ago - wonderful staff, terrific food, fabulous beach! Maybe he was losing his touch?!?

Bob did have a few personal quirks. His limited sense of direction meant that left and right had no meaning for him. After 10 days in New York, he still turned the wrong way every morning leaving his hotel. His fear of heights required him to confess - after driving over the Newport Pell bridge, “That was so scary I had to shut my eyes when I was driving over the bridge!” His inability to sense danger (other than heights) led him to wander through a Jamaican market where he met a man with a sketchy van and booked a tour for six of us. Turned out to be a great experience. Serendipity ruled Bob’s life!

Bob was a terrific host and appreciative guest. He had a wicked sense of humour and some epic one-liners. Friends have described him as caring and thoughtful, incredibly kind and generous, always dependable. Bob’s second home, for many years, has been in Puerto Vallarta, Mexico where he gathered together a host of marvellous friends from across the North American continent.

Bob loved life and made the most of it. He was a wonderful brother and a caring and thoughtful friend. We will miss him every day.

A heartfelt thank you from Bob’s family to the wonderful doctors, nurses, medical staff, EMT and EMR professionals at the Regina General Hospital and the Fort Qu’Appelle All Nations Healing Hospital.

At Bob’s request there will be no funeral. Please celebrate his life in your own way as you remember him. In lieu of flowers, donations to your local Humane Society would be appreciated.

Share Your Memory of
Bob
Upload Your Memory View All Memories
Be the first to upload a memory!
Share A Memory