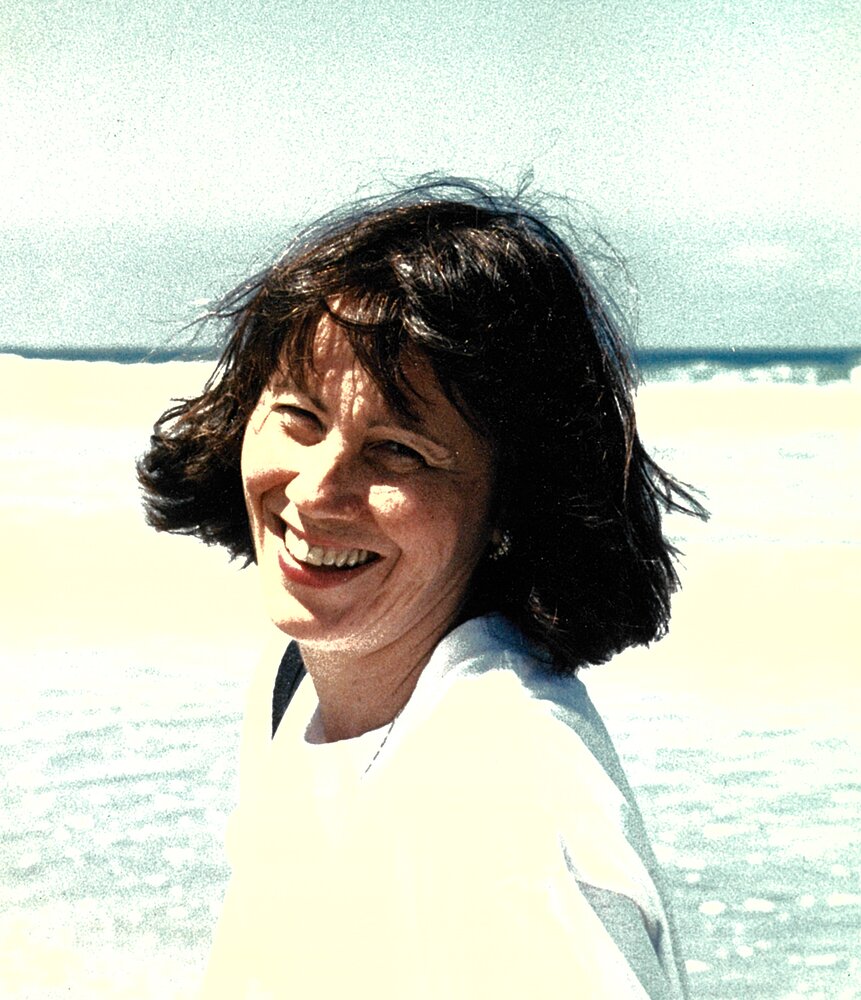 Please share a memory of Ellen to include in a keepsake book for family and friends.
View Tribute Book

Died peacefully on September 15, 2022, age 76 in Regina, Saskatchewan. Wife and best friend of William Chapco and mother to Jane (Max Bilson) and Stephen (Doug Chant).  She was predeceased by her parents, William Hunter (1989) and Jessie Hunter (née Clannahan, 1977), both formerly of Vancouver, BC and originally from Scotland. Ellen’s parents were particularly proud of her achievements in school, piano and Scottish dancing, winning several awards in those activities. Ellen attended high school in Vancouver, her hometown, before attending the University of British Columbia, where she received a BA in Honours French, and a PhD in French literature in 1974. In 1971, Ellen secured a faculty position at the University of Regina, where she taught French and French Literature. Much admired by her students, Ellen received the “Alumni Association Award for Excellence in Undergraduate Teaching” in 1997. She headed the Department of French from 1997 to 2003, was Founding Director of the newly formed Humanities Research Institute, and served as University Secretary from 2002 to 2005. In 2006 she headed the Department of French at the University of Victoria until her retirement in 2008. Ellen was known for her curiosity, strong intelligence, creativity and sense of fun and humour. She delighted her many friends and family with her conversation, her wit, her knowledge, her baking (yum!) and her worldliness.  Equally at home in French and English, she loved to travel, particularly to France where Paris was her spiritual home and French literature her métier. Ellen had a great sense of style and dress, imparting these attributes to her many students and her children. Ellen was a loving and devoted mother to Jane and Stephen, guiding them through the trials of growing up, school and life in general.  She was particularly proud of what fine adults they had become.  She was a kind and loving mother – and a hugger.  She also doted over the several delightful cats we had over the years. Ellen was first diagnosed with dementia/Alzheimer’s in 2016, a difficult blow to her and her family. In June, 2018 Ellen became a resident of Harbour Landing Village. The family would like to thank the staff at Harbour Landing Village and those at the Palliative Care Unit of Regina’s Pasqua Hospital for their excellent care. Celebration of Ellen’s life will be held at Speers Funeral Home Chapel, 2136 College Avenue, Regina, SK on Friday, September 23, 2022 at 1 p.m.  Masks will be required of attendees. In lieu of flowers, donations may be made to the Alzheimer’s Society, 2550 – 12th Avenue, Regina, SK, S4P 3X1or a charity of your choice.