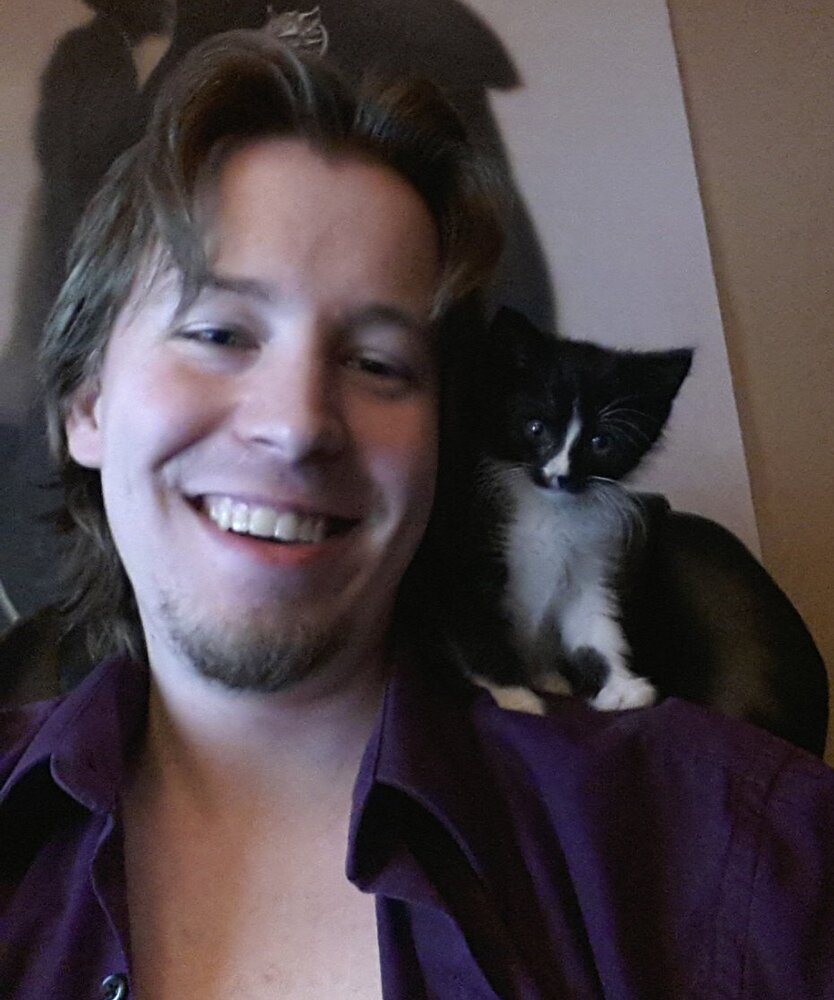 Please share a memory of Mike to include in a keepsake book for family and friends.
View Tribute Book

It is with immeasurable sadness that we announce the passing of Michael Curtis Brown, age 34, who was lost to us on Tuesday, October 4, 2022. Mike leaves behind his wife Becky; mother Bernie; father Ken; brother Rob; sister-in-law Brooke; niece Ivy; and multiple cousins, aunts and uncles. He also leaves behind his beloved and inseparable cats Heen, Finnigan, Sushi and Hohenheim.

Mike was born in Regina, SK on October 16, 1987 and resided here for the duration of his life. He was involved in basketball and soccer, loved video games and made many life long friends during his years at Riffle High School. Mike had a love for anything to do with computers and followed a career in the same field. There was never a problem he and his IT buddies couldn't fix.

Mike attended Saskpolytech, formerly SIAST, to obtain his Computer Networking and Administration certification in 2012. His best years were still fondly remembered at OTV Technologies with all of his coworkers and companions who worked along side him. Mike had made multiple other friends at other jobs over the years and became passionate about wanting to repair computers on his own. In 2020 he started his own little business More Cats Will Fix It PC Repairs.

Mike's balance in life existed in his marriage to Becky and his three C's to live by; Cats, Computers, and Coffee. He played multiple games over the years and had a love for his online community friends. It could be argued he knew more people online than in person. Mike loved each and everyone of his friends and built a discord over the past decade with his wife where he keeps his friends safely collected so he would never lose contact. His happy place was on his PC with his friends laughing until 3 a.m. Those who knew Mike understood his quirks, humour and sarcasm was the foundation of his personality. His laugh was his best feature and known to all his friends and family.

There will be a Celebration of Life for Michael at Speers Family Center, 2333 Cornwall Street on Friday, October 14, at 7:00 pm. It is an open celebration and everyone is encouraged to attend in clothing they would wear if they would be coming to see Mike on a daily basis.

Donations are not required but can be made to the Regina Humane Society, 79 Armour Road, RM of Sherwood, SK S4K 0A8 or the Canadian Mental health Association in Regina, https://sk.cmha.ca/get-involved/donate/

Share Your Memory of
Mike
Upload Your Memory View All Memories
Be the first to upload a memory!
Share A Memory