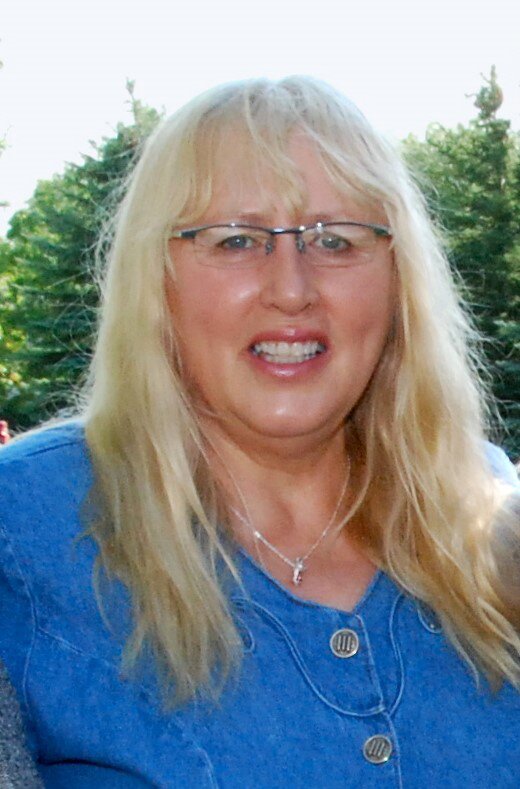 Please share a memory of Diana to include in a keepsake book for family and friends.
View Tribute Book

Click Here to View a Livestream of Diana's Service

On behalf of our family, it is with peace in our hearts that we announce the gentle passing of Diana Rose Chowaniec to the care of her Lord. Diana was predeceased by her loving husband Chris; her parents Zita and Carl Schroeder; step-father Fred Schroeder; and brothers Peter Schroeder and James Schroeder. She is survived by her daughter Leeann (Darren) Shauf; granddaughters Mackenzie, Brooklyn and Taylor; siblings Edwin (Jeanette) Schroeder, Donald (Brenda) Schroeder, Carolyn Salloum, Norma Schneider, Andy (Shelley) Schroeder, Bernie (Linus) Blackstock and numerous nieces and nephews. A special thank you to the caring staff of Montmartre Integrative Health Centre, the staff of the Mental Health Unit at Regina General Hospital, Sherry Johnson and Dr. Chris Chukwujekwu who supported and cared for Diana.

Diana was born in Kipling, Saskatchewan on January 8, 1950, a twin to Donald. As the second eldest child and female, her role was one of a helper to her mother in the household and in raising her younger siblings. She was such a hard worker, an amazing athlete and had a heart of gold. There are many memories of family get togethers at the farm near Windthorst where there were always family games of shinny, softball; well, you name any sport and the family would definitely play it and of course cards. If you choose to participate in any of these sports you would have to be tough as she was never afraid to take you out to win.

Diana married Chris Chowaniec on August 4, 1973 on Cowessess First Nation in the church at Marieval, Saskatchewan.  At that time Chris was teaching Grade 8 at the Marieval Indian Residential School.  Diana and Chris hosted many family events at their home at Crooked Lake and later at their cottage at Crooked Lake. They loved the people, the valley and the lake.

Their only child, a daughter Leeann, was born March 3, 1976 in Melville, Saskatchewan. Diana loved her daughter and hoped for more children but the challenges of her illness precluded more children. Diana and Chris were such supportive parents and grandparents. They were actively involved in many of the sports that Leeann participated in while growing up and they never missed a ringette game. No matter what was happening at Darren and Leeann’s farm they were there to lend a hand. They helped build fences and buildings, bale hay, work cattle and look after their three beautiful granddaughters. As their granddaughters got older, they were there to watch them in their activities such as dance, gymnastics, and competing in various horse events.

Diana and Chris loved to travel enjoying destinations such as Majorca, Spain, Rome, Italy, and numerous other countries. They loved to travel on cruise ships where they could relax and enjoy amazing entertainment and food. They also put on many miles by car travelling Canada and America, enjoying the attractions of both countries.

Diana was an avid volunteer. She would canvas for the Canadian Cancer Society and the Canadian Diabetes Society, volunteered with the Uplands Community Center, and was a very active member in the Catholic Women’s League. She believed strongly in giving to those less fortunate.

Diana went to school to become a hairdresser and loved cutting anyone’s hair who would sit in her chair. She wasn’t afraid of a challenge and decided in 1980 that she wanted to become a Steam Engineer and work with SaskPower in Estevan, Saskatchewan. While Diana was studying to become an engineer, she also decided she might as well get her Class 1A license to drive semi trucks and passed.  She was not afraid to work hard to attain her goals and dreams. Diana often talked about being one of the only women working in the Power Plant in Estevan at that time and the many challenges she faced in that role. She always encouraged her daughter to try something non-traditional as she did not feel that women should face discrimination in their career choices. She was a role model.

Diana loved her family and friends. She had the kindest heart and always had positive things to say about everyone. She struggled with mental illness from the time she was eighteen years old and it is important to mention that she really loved all of the staff on 1D, the Mental Health Unit at the Regina General Hospital and Dr. Chris who took such good care of her in her final years.  You made her life better and for that we are forever grateful.

A Memorial Service will be held at Speers Funeral Home, 2136 College Avenue, Regina, SK on October 18th at 1:00 P.M. Those wishing to view a live stream of the service please click on the link above that will be made live on the day of her service. In lieu of flowers, the family welcomes a donation to Canadian Mental Health Association, 1810 Albert Street, Regina, SK S4P 2S8.