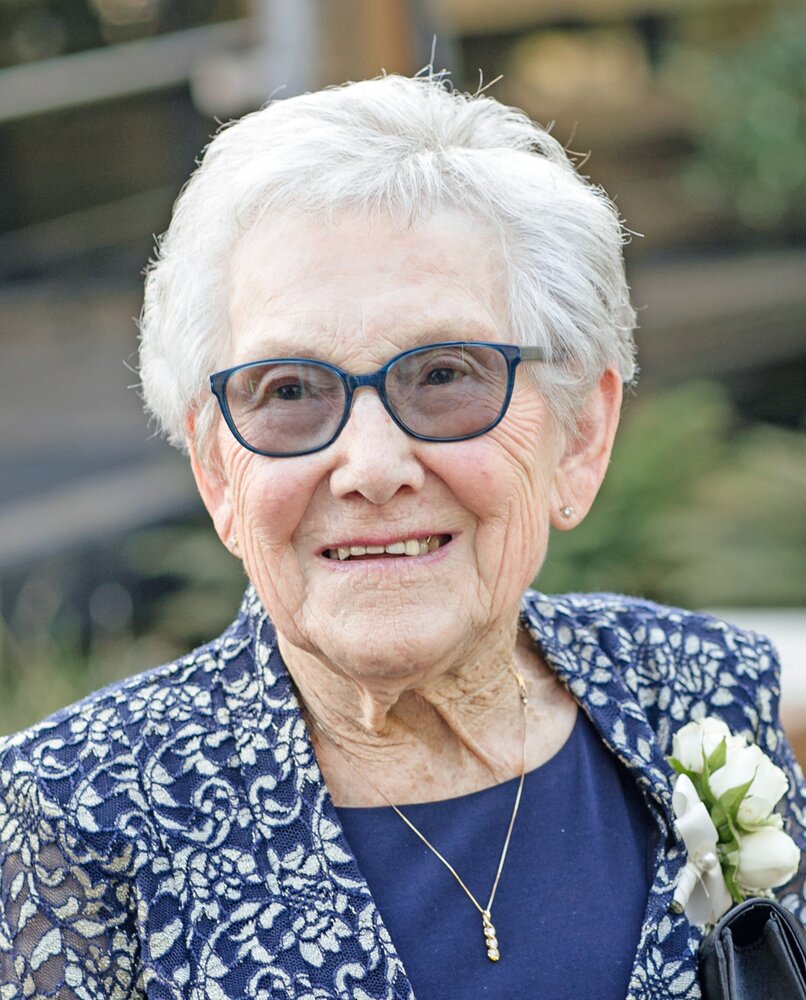 Please share a memory of Mel to include in a keepsake book for family and friends.
View Tribute Book

Mel was born in Baljennie, SK, on March 16, 1927, to Stanley and Irene Bright. She joined her older siblings Shirley and Glenn and later welcomed two younger brothers Jim and Wayne. Mel excelled at school, especially in math and accounting. After her graduation, she worked in the bank in Maymont, SK, and then later in Saskatoon. Mel met Ted Turner at school and they were married in 1950. She continued to work in the bank for two years after her marriage. Mel was a busy farm wife, young mother, and active partner in the farming operation. Her role on the farm increased when Ted became more involved with the Saskatchewan Wheat Pool (SWP). Both Mel and Ted were active in the Maymont community and found time to enjoy their favourite sports: fastball and curling.

In 1966, Ted was elected First Vice-President of the SWP, which required moving to Regina. It was a big change for the whole family, but especially for Mel. Mel rose to the challenge and quickly became involved in Wesley United Church, continued curling, and took up golf and later downhill skiing. These were busy years for Mel, raising her daughters and supporting Ted's career. Mel was an active volunteer at her church, at sporting events, with Meals on Wheels and other community organizations. Ted’s job provided her with many opportunities to travel across the country and internationally. Mel was able to visit the Spina family in Australia five times and had several trips to places like China, Russia, southeast Asia and Europe.

No matter how busy Mel was, family came first. She was proud of her daughters and encouraged each of them to pursue post-secondary education, as she had never had that opportunity. Mel had a special relationship with her sons-in-law and a close and supportive relationship with each of her eight grandchildren. She was proud to be G-G (great-grandma) to her four great-grandchildren. Ted and Mel enjoyed many common interests, trips and wintered in Indio, California for 32 years. Mel loved sports and excelled at curling. Her passion for the game gave her great joy and led to many lifelong friendships. She was a member of the Wascana Country Club for 50 years and was a Roughrider season ticket holder for 48 years. In later years, Mel avidly watched golf, curling and football on TV and was a knowledgeable commentator on each sport.

Mel was genuinely interested in people and could converse easily with anyone, anywhere. She was a loyal and supportive friend to many and maintained friendships, not only in Regina, but dating back to her days at Maymont, her winters in Indio, and with a special Australian pen pal she had made when she was 12. She was a proud member of Wesley United Church for over 55 years and lived her life according to her faith. Mel treasured her relationship with Ted for 68 years. She was so grateful to her family, friends and caregivers and lived an exceptionally full life. Mel will be missed.

There will be a private family interment in November. A spring memorial service is planned with more information provided closer to the event.

Family and friends so wishing may make donations, in memoriam, to Souls Harbour or Regina Sexual Assault Centre.