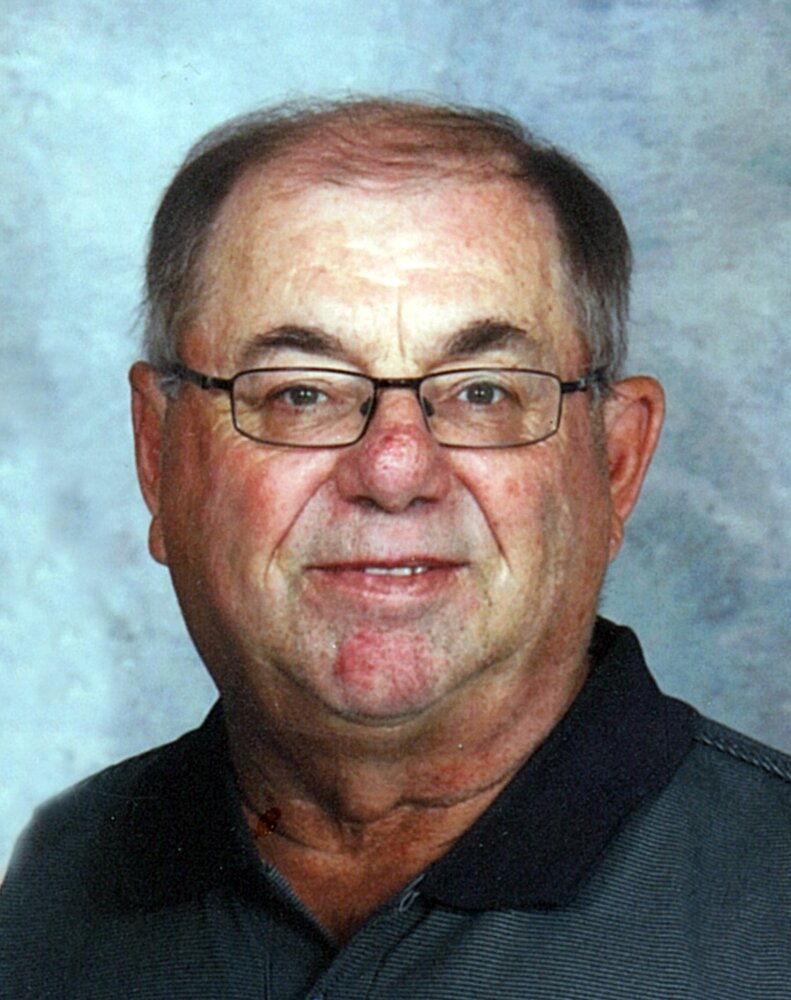 Please share a memory of Larry to include in a keepsake book for family and friends.
View Tribute Book

“A Life of Service”

Born on October 9, 1949, and raised on the family farm; never straying too far away from his roots in the Cupar and Markinch area, no one that ever met him can deny that Larry made a deep and lasting impact in his community and that giving back was a top priority for him.  Whether it was through the service clubs that he loved (Cupar and District Lions Club for more than 40 years and the Royal Canadian Legion) or as an Elder with the St. Paul Lutheran Church, or volunteering with the local ambulance board or just simply being a phone call away to help family, friends, and strangers in their time of need.  The latter were quite likely to get an earful of colorful language, but Larry could always be relied upon to assist in a jam and the only thing he asked for in return was a cold (or semi-cold) Pilsner or a glass of Canadian Club.  “All this (insert task here), sure does dry a guy’s throat out” was a common Larry-ism.

Larry held various roles in his life including working in the oil rigs, welding at Degelman’s in Regina, surveying for the Dept. of Highways and of course farming. But the role that he excelled at was being an extraordinary husband, father, “Bumpa” (grandfather), brother, and friend to all.  He met Susan (Sue) Schmalenberg of Serath, SK in 1972 and they married in October of 1973.  Their son Danny was born in August of 1975 and daughter Nikki the following year in November of ‘76.  The family farm was home for the four members of the Wagner family (and numerous cats and dogs) where a modest, but successful grain and cattle operation ran for 25+ years.  The family sold the homestead and surrounding land in 1999 and Larry and Sue purchased an acreage closer to the town of Cupar. However, Larry continued to farm for 8 more years until 2007 when the career culminated in a well-received auction sale on April 13th of that year.  After “retirement” Larry continued to work and keep himself busy doing construction and various handy man jobs in the area.  He also continued with his love of farming the land as he became a hired man for a large farming operation assisting primarily with harvest when the time came.  As if to further profess his love of growing things, the acreage had not one, not two, but three gardens that produced enough vegetables to feed a small army.

Larry and Sue caught the travel bug shortly after Danny and Nikki left home (coincidence?) and regularly got a reprieve from cold Saskatchewan Januarys or Februarys travelling to the Dominican Republic, Cuba, Mexico, and Hawaii, often with a group of close friends or relatives.  The stories and the memories of those trips have become legendary folklore and many a laugh (and sometimes a tear) have been shared recounting tales of adventures that always started with “dos cerveza por favor”.  One trip in particular that sticks out was in 2019 when Larry and Sue were asked by their dear friends Kelly Findling and Sillvia Virgilio-Findling to attend their wedding in Australia.  A whole month of seeing the other side of the world certainly was a life altering experience for them and they were grateful for the opportunity to be a part of that event.

Shareholders of the Molson-Coors Brewing Company should be advised that with Larry’s passing, sales of the flagship brand Pilsner are about to take a dramatic nosedive.  If they weren’t out visiting with the many friends and relatives they have met over the years, it was certain that someone was likely sitting at their kitchen table, always with a stocked fridge full of Pil.  In his younger days, Larry could be found enjoying many extracurricular activities such as curling, hockey, ball, and even later in life could be found fishing, camping, and of course gardening.  Water or Gatorade could never quench a thirst like a cold, crisp Pil.

Cupar and surrounding areas are worse today with Larry’s far too soon departure. However, they are better overall because of a life very well lived and the impact that he had. Whether you knew him as “Charlie” as many of his friends did or simply as Dad or Bumpa, Larry’s legacy will live on through his family and his many friends.  He will NOT be forgotten.

Funeral service will take place at St. Paul Lutheran Church in Cupar, SK on Tuesday, November 1st, 2022, at 2:00 p.m. with overflow broadcast in the Cupar Hall.  Interment to take place at a later date at Wheatwyn Cemetery, Markinch, SK.

Flowers most gratefully declined.  Friends and family wishing to do so may make donations, In Memoriam, to St. Paul Lutheran Church of Cupar, SK.